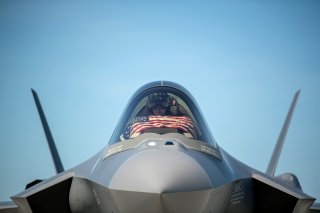 The Pentagon is suspending all deliveries of the F-35 fighter jet after discovering materials from China in the aircraft’s supply chain. This is a major blow to the F-35 program, which has been plagued with significant problems since its inception.

This setback is likely to delay production at a time when more orders are coming in amid Russia’s invasion of Ukraine and the remilitarization of Europe.

The aircraft component is a cobalt and samarium alloy used in the turbomachine pumps, and it poses no major risk to Lockheed Martin’s flagship program. Replacing this component should be quite simple since it does not transmit data or seem to be a technologically advanced element.

However, until all suppliers are fully screened, it cannot be ruled out that there is another Chinese-made component on the aircraft.

The core technology is provided by Lockheed Martin but if smaller suppliers report more controversial components, the whole F-35 program could be dramatically affected.

Just like Honeywell, the supplier that let this Chinese component slip through, there could be many more security breaches in the F-35 supply chain. The stealth fighter is made up of over 300,000 parts from about 1,700 suppliers. Therefore, checking every component of the F-35 is going to be challenging and time-consuming.

With this massive task ahead, it is hard to know how long F-35 production will be halted. The effects will be felt beyond the production line and impact several foreign air forces on the waiting list to receive the aircraft.

This massive technological security breach not only affects the United States but also all its NATO allies. The F-35 fighter is currently in high demand so stopping production will leave hundreds of orders on standby from countries such as Australia, Israel, Japan, South Korea, and the United Kingdom.

Additionally, finding more components from China in the supply chain would make the entire program stumble. Relying on Chinese materials to manufacture the F-35 is a major threat to the future of the fifth-generation stealth fighter program.

China is directly competing with the United States in the development of fifth-generation aircraft and could sabotage the F-35’s production to benefit its Chengdu J-20 stealth fighter. Moreover, amid a U.S.-China arms race, relying on the goodwill of the Chinese government is a major handicap for the U.S. military’s flagship project.

In any case, this is not the F-35’s first problem. The fifth-generation fighter has been plagued by cost overruns and delays over the last few years, as well as multiple design flaws. For instance, the U.S. military recently grounded part of its F-35 fleet after discovering a problem with the aircraft’s ejection seats. The issue was discovered during a routine inspection of the aircraft and affects a batch of ejection seats manufactured by the British firm, Martin Baker.

However, the most pressing concern now is determining how this Chinese component ended up in the most sophisticated aircraft operated by the United States today, and what steps can be taken to prevent it in the future.

Despite these challenges, the F-35 has been hailed as a game-changer and touted by the Pentagon as a key part of its defense plans.

Mario Samuel Camacho is a military enthusiast who has been closely following the military industry and its armaments for years. He has collaborated with several magazines to inform about military news around the world.