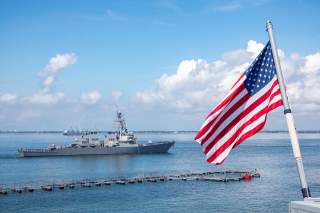 Who are we to argue with General Sherman?

James Holmes is J. C. Wylie Chair of Maritime Strategy at the Naval War College and coauthor of Red Star over to the Pacific, named to the U.S. Navy’s Professional Reading List. The views voiced here are his alone.