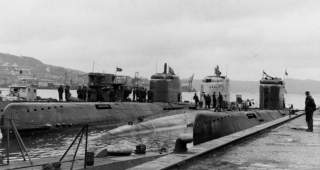 However, the Type XXI would last through the Cold War. Some were used for target practice. Others were captured and commissioned into the Soviet and French navies. The only surviving vessel of its class today is the Wilhelm Bauer, which the modern Germany navy converted into a research vessel. It’s now a museum ship in Bremerhaven.