From Afghanistan to Africa, Is This the End of Western Nation-Building? 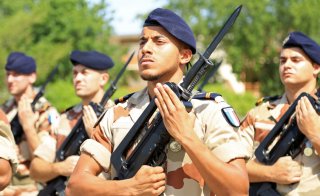 After nearly twenty years in Afghanistan, the United States slipped out in the middle of the night. The Americans shut off the electricity at Kabul’s Bagram Airfield and decamped without even notifying the base’s new Afghan commander, who discovered their departure more than two hours later.

This was an unfortunate image, but the actual action—leaving Afghanistan—shows that U.S. president Joe Biden is keeping his promise to not send “another generation of Americans” to war in the country. He has also declared that all American forces will leave by August 31. The American war in Afghanistan, then, is finally coming to a close.

So, too, it seems, is France’s war in West Africa’s Sahel region, a vast area south of the Sahara Desert where extremist groups have been fighting for years. France, like the United States in Afghanistan, spent billions on this doomed effort, which despite not actually winning nonetheless kept the militants somewhat at bay. Indeed, one Malian working in the French military base in the Sahel warned that “if the French army leaves Mali, jihadis will enter within two weeks and destroy the country.” This sounds eerily similar to what will happen in Afghanistan, where the Taliban is likely to seize control by force from the Kabul government.

Yet the United States and France are pulling out nonetheless. In so doing, they are marking the end of a certain type of intervention—the post-Cold War interventions, multilateral armed nation-building, that Western leaders thought could fix problems like terrorism and state instability the world over. The American and French retrenchments indicate that this era is on the outs: that the West will no longer try in this way to solve big crises in troubled countries, instead leaving the task to regional powers who are, unfortunately, likely not up for the job.

This type of Western intervention gained currency following the Soviet Union’s collapse, when democracy looked ascendant and Western leaders believed they would democratize the world. But even in the early aughts, these missions were unsuccessful.

The 1992-1993 United Nations’ mission to rebuild Cambodia was nothing like the organization’s previous missions: It was tasked with both military and civilian components, and with organizing, rather than solely supervising or observing elections. It would cost upward of $2 billion, and completely fail to democratize Cambodia. Hun Sen, who took control of the country in 1985, lost the 1993 UN-run elections, nonetheless maneuvered his way into a power-sharing agreement with the winner through force, and then ousted his co-prime minister a few years later in a bloody coup. He still governs the country today.

Soon after, in 1994, the UN Security Council authorized the U.S. invasion of Haiti (“Operation Uphold Democracy”) to remove the military regime that overthrew the elected President Jean-Bertrand Aristide and ultimately, you guessed it, democratize the country. The United States indeed brought Aristide back, but the intervention was a short-lived success. Democracy so failed to take hold that Washington led a new international intervention ten years later when Aristide was again overthrown in 2004.

In 1995, the United States and the North Atlantic Treaty Organization belatedly decided to act in Balkans, determined to end the Bosnian genocide and bring democracy to the region. American efforts in Bosnia indeed ended a war, which is certainly no small achievement, but they did so with a peace agreement—the Dayton Accords—that laid anything but a democratic foundation for the country’s future.

And, of course, the U.S. intervention in Afghanistan (and the one in Iraq) was similarly unsuccessful, as is France’s own effort in the Sahel.

Yet each of these efforts initially had at least some public support, with the Western publics largely believing their governments’ messaging—that force, coupled with good intent, could truly transform the world in our image.

But decades of failure have finally come home to roost. Americans and Europeans no longer want to send their troops to fight in far-off lands for reasons seemingly beyond the bounds of their narrow national interest. Years of frustration transformed post-Cold War 1990s optimism into today’s more steely-eyed realism, with voters no longer interested in democracy promotion by force. This means that leaders in Washington and throughout Europe have limited political capital to act on this front, if they even want to.

This explains why there has been no serious talk of a Western-led intervention in Myanmar, which following a February coup is now on the brink of collapse. It explains why the United States has essentially taken off the table any military intervention in Haiti, which following the president’s recent assassination is teetering on the edge of chaos. And it explains, above all, why Biden and French president Emmanuel Macron are pulling their countries out of prolonged, unwinnable wars in Afghanistan and the Sahel, respectively, even though Islamist militants will likely fill the vacuum they leave.

Now, regional powers will have to deal with the consequences. As refugees flow from Myanmar, China, India, and Thailand will bear the brunt. As Haiti descends into further violence, countries like the Dominican Republic, its neighbor on the island of Hispaniola, will be forced into action. If and when the militants seize power in both Afghanistan and the Sahel, countries like Pakistan and Algeria, respectively, will be most affected by what comes next.

Certainly, it is impossible to argue that Western powers should intervene in countries like Myanmar and Haiti as they did in Cambodia, Afghanistan, or the Sahel. But it is similarly impossible to look at these crises and think that regional powers will be able to control them. More likely, without a substantial Western military presence, these crises will deteriorate and metastasize, transitioning from local calamities to regional ones, with governments abroad feeling their effects.

The West might for now be done with armed nation-building, but somebody will nonetheless always have to pick up the pieces when countries collapse. It only remains to be seen who, exactly, that will be.

Charles Dunst is an associate with Eurasia Group’s Global Macro practice and a visiting scholar at the East-West Center in Washington.