After 75 Years, the Five Eyes Intelligence Alliance Remains a Mystery 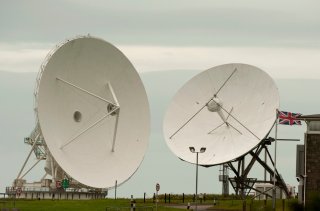 Seventy-five years ago, the United States and the United Kingdom signed a unique secret alliance. To this day, no other countries share classified information, work together to gather information, and integrate staff across their agencies to the same extent. Following the dealignment of the former settler colonies with British foreign policy after the Second World War, the relationship has since grown to also include Australia, Canada, and New Zealand. We know it today as the Five Eyes.

Remarkably little is known about the intelligence alliance. No single document exists in public knowledge to serve as a blueprint for the agreement. If such a document does exist, it is still highly classified. Last week, GCHQ and the NSA released a rare joint statement: “This alliance defines how we share communication, translation, analysis, and code-breaking information, and has helped protect our countries and allies for decades.” A diary was also revealed detailing the wartime meetings that led to the original agreement in March 1946. Though interesting for historians and intelligence scholars, the released excerpts say nothing that was not already in the public record.

Given the scarcity of declassified resources available, it is difficult to authoritatively state its scope and dimensions. Before 2017 the most recent declassified document dated back to 1955. Further declassification only occurred after Privacy International, and MFIA Yale filed a lawsuit recently against the National Security Agency (NSA). A description of signals intelligence (SIGINT) relations reveals that the NSA and British Government Communications Headquarters (GCHQ) maintain a fluid and informal division of effort, where analysts are integrated into each other’s headquarters. The two agencies exchange visits from all levels of personnel from the directorate down. There is a heavy flow of raw intercepts, technical analytic results, and SIGINT products between NSA and GCHQ, which is facilitated by the fact that GCHQ has direct access to NSA computer systems.

Both sides are used to the distribution of analytical findings in both capitals. The institutional integration that has flowed from the 1946 UKUSA Agreement is so widespread that SIGINT customers seldom know which country generated either the access or the product itself. The 1955 document notes that Canada, Australia, and New Zealand are not to be considered as third parties, but as part of the relationship. This gives rise to what we now know as the Five Eyes Alliance.

The phrase international intelligence cooperation can sound like an oxymoron, given that intelligence is the area in which governments are least likely to cooperate with each other. The postwar intelligence alliance is unique and goes deeper than any other formal alliance that we can see today. Other Western states with the same geopolitical outlook, the same functionalist goals, and the same liberal-democratic political-social systems are not given the same breadth of access to information and decisionmaking opportunities by the United States as it gives the United Kingdom, Canada, Australia, and New Zealand.

The special intelligence relationship transcends politics. It was not policymakers in the corridors of power who implemented this alliance on a daily basis, year after year, and made it a perhaps more tightly woven fabric than the two nations’ policymaking elites intended. The intelligence relationship is mostly out of political control. It is in the hands of professional practitioners, who succeeded in creating a strategic culture within the Anglo-Saxon intelligence community. Sometimes the secret goes even further, with New Zealand’s former Labour Prime Minister David Lange once remarking how it was not until he read about it in a book that he had any idea that New Zealand had been committed to an international integrated electronic network.

The practitioners share many preconceptions about international issues, and naturally pull together in the international arena. There is a particular mentality that accompanies Anglo-Saxon approaches to how their intelligence institutions relate to a globalizing world, what tasks they should perform and what constitutes good intelligence. From joint implementation of national estimative processes, the concept of conducting strategic assessments of countries as a whole, joint or combined military activity, the Echelon network, and the drafting of new laws of war manuals. It bears little relationship to mainstream intelligence activity around the world.

The alliance is a source of fascination because of its secrecy, but it also projects something deeper. The relationship constitutes the core of a distinct international, transnational, and civilizational entity within global society, unmatched by any other states. All parties perceive that it is needed, and all continue to forge together in roughly the same direction. In the modern globalized world, their interactions in their relations with other actors is on a continuum with expansion. As we move further into an uncertain twenty-first century, the importance of the alliance for Western security will only grow further as great-power politics dominates world affairs once again.

Sebastian Rowe-Munday is a recent graduate student in International Security at the University of Warwick (United Kingdom). His interests are Anthropocene Geopolitics, Russia, and UK foreign strategy. He publishes his own newsletter: The M&X Border, and has contributed to the Journal of Intelligence History, and The Mallard.