After 9/11, America was Out Looking for a Fight 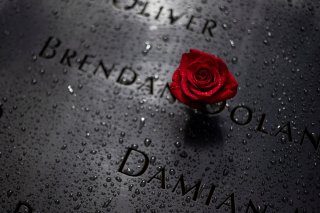 Although the U.S. effort to build a stable non-Islamist state in Afghanistan has turned to dust, that war at least had the distinct advantage of punishing the Taliban for harboring the September 11, 2001 perpetrators. The far more calamitous Iraq War, on the other hand, was an unmitigated disaster. Yet, an important reason why so many Americans supported that blunder remains only dimly understood.

According to the conventional wisdom, the terror instilled by al-Qaeda’s hijackers primed Americans to accept President George W. Bush’s case for invading Iraq. But this captures only part of the attacks’ impact on the public psyche. More than frightening us, September 11th enraged us, resulting in a potent urge to lash out.

To be sure, Bush exploited post-9/11 security concerns when he began pitching an invasion to topple Saddam Hussein’s regime. “Facing clear evidence of peril,” Bush argued, “we cannot wait for the final proof—the smoking gun—that could come in the form of a mushroom cloud." Understandably, experts traced public acceptance of Bush’s case to the terror sown by September 11th. Once the attacks had “shattered America’s sense of invulnerability and unparalleled might,” political scientist Shana Gadarian has contended, “the media’s emphasis on threatening information and evocative imagery, increased the public’s probability of supporting the hawkish policies advocated by political leaders, principally the president.” Media scholars similarly blamed Bush’s rhetoric, claiming that it “highlighted fear, perhaps the most widely shared sentiment by U.S. residents after the attacks.”

But the nation’s pulse was more perceptively captured by a September 14 Time editorial, “The Case for Rage and Retribution,” which foretold “a unified, unifying, Pearl Harbor sort of purple American fury—a ruthless indignation that doesn't leak away in a week or two.” Moreover, Bush’s rhetoric fanned American outrage more than fear. He reassured Americans that “[o]ur grief has turned to anger and anger to resolution. Whether we bring our enemies to justice or bring justice to our enemies, justice will be done.” By casting the “war on terror” as an epic good-versus-evil struggle, he channeled —and reinforced—desires for righteous punishment, not just for U.S. security.

Across the nation, anger was a more widespread and enduring response to 9/11 than was fear. Immediately after the attacks, according to a survey conducted by social psychologist Linda Skitka, 70 percent of the public felt “much” or “very much” outrage, while only 41 percent acknowledged feeling that degree of fear. Five months later, in January 2002, about half of the public still felt such strong outrage, while only 15 percent felt that much fear. By the first anniversary of the attacks, an ABC News poll found, two-thirds of Americans still felt “very angry at the people who did this,” rising to nearly three-quarters among those who thought about the attacks daily. Yet those who said they were greatly concerned about future terrorist attacks on the United States had dropped from 35–41 percent of the public in September and October 2001 to 22 percent, less than during the 1990s.

In addition, anger aroused by 9/11 was more closely connected to belligerence toward Iraq. Support for war correlated negatively or not at all with fear of terrorism (holding anger over the attacks constant), but positively and strongly with anger. And this was not a byproduct of Bush’s call to arms against Iraq. Support for sending U.S. troops to remove Saddam Hussein from power, which had hovered around 50 percent in Gallup polls since the end of the 1991 Gulf War, had leaped above 70 percent by November 2001, well before President Bush began to highlight the Iraqi threat.

Perhaps not surprisingly, it was a country singer who first observed how fury over 9/11 had fueled an urge to lash out. Daryl Worley’s February 2003 pro-war hit “Have You Forgotten?” urged listeners to remember “how it felt that day, to see your homeland under fire, and her people blown away.” This indignation, Worley claimed, provided sufficient motivation to attack Iraq:

They took all the footage off my T.V.

Said it's too disturbing for you and me

If it was up to me I'd show it everyday

Some say this country's just out looking for a fight

Questioned about the song’s popularity, despite the absence of any evidence linking Iraq to anti-American terrorism, a radio DJ explained that “the audience is so wrapped up in the emotion of what it’s about, I don’t think they’re nitpicking at this point. Everybody’s viewing all the bad guys in a big bucket.”

In effect, American fury over 9/11 led to a collective public urge to “kick the dog,” or what social psychologists call displaced aggression. Anger tends to arouse prosecutorial mindsets and aggressiveness toward the uninvolved, especially if they superficially resemble the perpetrator or misbehave in some way themselves. Anger also tends to make the risks of confrontation appear more tolerable, and can curtail thoughtful reflection.

It is tempting to chalk the belligerence of angry Americans up to their mistakenly thought that Iraq was behind 9/11. But public anger and desires for revenge correlated with war support just as strongly among those who doubted Iraqi involvement or aid to terrorists than among those who believed it. Moreover, as Skitka's and my research has shown, a majority of those who said there was “no connection at all” between Iraq and 9/11 nonetheless acknowledged that invading Iraq would to some degree satisfy or resolve a “sense of moral outrage about the 9/11 terrorist attacks,” a “desire to hurt those responsible,” and a “need for vengeance.”

America’s being “just out looking for a fight” after September 11 helped loosen the political constraints on President Bush’s ability to lead the nation into the greatest U.S. foreign policy blunder since the Vietnam War. To be sure, that day of infamy aroused a degree of American rage unrivaled since Pearl Harbor. But if foreign terrorists again seriously injure the United States, or any other country, one hopes cooler heads will prevail.

Peter Liberman is Professor of Political Science at Queens College and the Graduate Center of the City University of New York. He watched the Twin Towers fall from his window in lower Manhattan, and twenty years later is finishing a book on the role of retribution in U.S. public support for the war.