After World War I, Poland Stopped Russia From Taking Over Europe 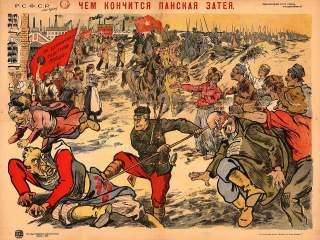 Key point: Poland may have temporarily halted the spread of communism, but they were not exactly the "good guys" either.

Poland had defeated Russia, but this not quite a case of good defeating evil. Poland between World War I and II was ruled by authoritarian governments that imposed or tolerated anti-Semitic measures that Hitler's brownshirts would have approved of. In 1938, Poland even joined Hitler in dismembering Czechoslovakia as it grabbed its share of Czech territory.