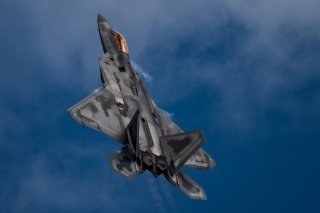 The U.S. Air Force is building manned variants of the emerging sixth-generation fighter jet as part of its Next Generation Air Dominance (NGAD) program. Air Force Secretary Frank Kendall says that the family of systems will likely control as many as five drones at one time, a development that will introduce new tactics, expand the mission scope of a stealth fighter jet, and enable dispersed yet networked weapons and surveillance nodes to increase attack and reconnaissance options.

Many of the details and exact configurations of this small family of manned and unmanned platforms are either not available for security reasons or still evolving. The unmanned systems being built to support sixth-generation manned aircraft are likely to emerge much sooner than an operational manned variant. Of course, the requirements for the unmanned systems, called Collaborative Combat Aircraft (CCA), are still in flux. Andrew Hunter, assistant secretary of the Air Force for acquisition, technology, and logistics, told reporters that the drones are being built according to key operational imperatives.

“We need an aircraft that can perform operations in denied airspace and make sure we have the ability to establish freedom of maneuver. We’ve had successful uncrewed platforms going back decades. It’s challenging to have a platform able to operate in denied air space,” Hunter said.

The drones will come in various sizes and operate as surveillance “nodes” and attack drones for offensive missions.

“We need a platform that is affordable so we can get some mass and not something too expensive that we can’t afford to lose. We are doing design trades. It needs to be able to assist the mission of the NGAD system, and it will involve a weapons carrying capacity to work with a piloted aircraft,” Hunter added.

While the manned NGAD is expected to be ready for operations around the end of the decade, the CCAs could arrive “soon,” Hunter said. “Industry is expanding [Research and Design] and [is] ready for an acquisition program.”

The prospect of multiple networked CCAs working in close coordination with a manned host plane introduces new tactical possibilities, largely because the CCAs will be networked to one another while also being connected to a manned aircraft performing command and control. Controlling drones from the air will reduce latency because it will not require data to be sent through a ground station, which will streamline the transmission of time-sensitive data and massively shorten the sensor-to-shooter time. An armed drone could autonomously identify a target, use onboard computer processing systems, and enable a human decisionmaker to find and destroy enemy targets from safe stand-off distances. Advanced algorithms and artificial intelligence-enabled data processing will be able to analyze a host of mission variables from otherwise disparate streams of incoming sensor information.