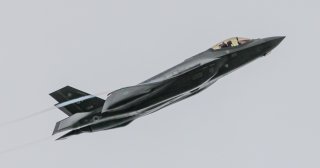 A close look at the Air Force budget seems to indicate that, despite the false criticisms, strange hesitation, and debate surrounding the F-35, the service is accelerating its transition from a largely 4th-generation force of fighters to 5th and eventually 6th-generation aircraft.

The evidence that a large-scale migration toward the F-35 is gaining momentum is seen not only in the Air Force's request for forty-eight new F-35s in 2022 but, perhaps to an even greater extent, noticeable in the fast pace at which legacy 4th-generation aircraft are being retired or replaced by F-35s.

For example, the Air Force budget calls for the retirement of forty-eight F-15C/D Eagles and forty-seven of its oldest F-16C/D Vipers, according to a budget summary identified in The Drive. Furthermore, the Air Force hopes to retire as many as 124 Vipers by 2026 and retire 6 squadrons worth of F-16s. All of this is, according to senior Air Force weapons developers, part of a massive air fleet overhaul migrating the fighter force to the F-35 in larger numbers.

The budget does ask for twelve more F-15EX 4th-generation planes, while concurrently moving to retire the entire fleet of legacy F-15s by 2026.

All of these maneuvers seem to illustrate a larger fleet configuration transformation wherein the Air Force is trying to migrate its fighter force more fully toward the F-35, despite the odd and unfounded criticisms of the aircraft and continued disagreements related to F-35 costs.

Many are likely to welcome a rapid Air Force transition to greater numbers of 5th-generation aircraft, given the pace at which both Russia and China continue to add 5th-gen stealth aircraft to their forces. The concern among many has been that acquiring large numbers of F-15EXs in place of F-35s might result in the construction of a future force comprised of a large percentage of 4th-generation aircraft potentially ill-equipped to confront major power rivals in the air.

Furthermore, despite the extent of many successful upgrades and service life extension programs that have been pursued with the F-15 and F-16, they are nonetheless still 1980s-era non-stealthy aircraft. The presence of stealth and the F-35 is key here, because regardless of the massive extent to which radar, weapons, sensors, and computing have been completely transformed on 4th-Generation aircraft through upgrades, a non-stealthy plane may have little opportunity to compete with a stealthy enemy 5th-generation fighter such as a Chinese J-20 or Russian Su-57.

Also, a less visible component of this transition away from 4th-generation aircraft may simply be that the Air Force has big plans for its emerging and now-airborne 6th-generation stealth fighter jet which could potentially form a very large portion of the future Air Force fighter fleet.