The Air Force F-22 Has Two New Weapons. Here's What They Can Do. 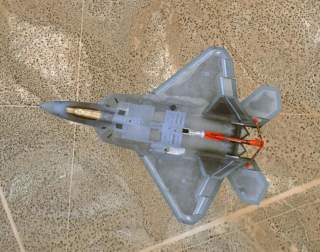 Osborn previously served at the Pentagon as a Highly Qualified Expert with the Office of the Assistant Secretary of the Army - Acquisition, Logistics & Technology. Osborn has also worked as a Fox News Correspondent and anchor and military specialist at CNN and CNN Headline News.