Air Force F-22 Raptor Pilot: “Our Role Is to Kick Down the Door” 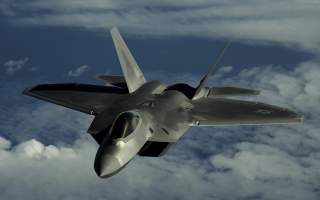 One recent addition to the Raptors at Langley is the new Block 3.2A/Update 5 software. At long last, the new upgrade adds the Raytheon AIM-9X Sidewinder high-off boresight missile—something long coveted by the F-22 community. The additional of the AIM-9X is a huge improvement for the Raptor, all of the pilots at 1st Fighter Wing that I spoke to told me. The addition of the new weapon greatly increases the F-22’s already formidable lethality. That’s even though Upgrade 5 is an interim capability. The AIM-9X and the Raytheon AIM-120D AMRAAM missiles will be fully integrated onto the Raptor with the Increment 3.2B upgrade—which has yet to be fielded.