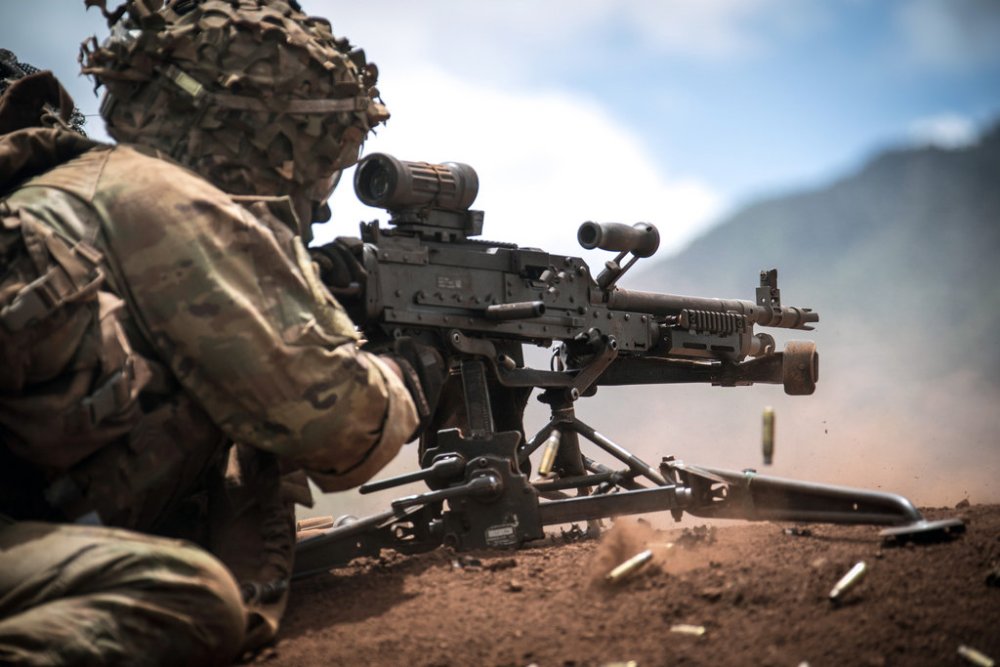 The U.S. Air Force has released video highlights from an overhead intelligence, surveillance, and reconnaissance aircraft taken on March 4, 2002 that shows the final heroic moments of Tech Sgt. John Chapman, who will receive the Medal of Honor for his bravery later this month.

Chapman charged multiple machine-gun nests and engaged in hand-to-hand combat on the 10,000-foot peak known as Takur Ghar in Afghanistan during Operation Anaconda.

Chapman, an Air Force combat controller, and six members of Navy SEAL Team 6 — callsign Mako 30 — were tasked with helicopter-inserting high above the valley so they could direct air strikes and provide intelligence for conventional troops below, who were attempting to flush out an estimated 200 to 300 lightly-armed Al Qaeda fighters, just five months after the terrorist attacks of Sept. 11.

Before they landed, Chapman and the team came under heavy enemy fire from al Qaeda fighters, which led Navy SEAL Neil Roberts to fall from the back of the aircraft. The team later mounted a rescue operation for Roberts, in which Chapman and SEAL Team Leader Britt Slabinski paired up to clear a series of bunkers on the mountaintop.

Chapman personally shot and killed at least two enemy fighters shortly after his insertion, alongside Slabinski, who engaged multiple enemy positions and cleared a small bunker (Slabinski received the Medal of Honor in May for his actions during the battle). Amid withering fire and after Chapman was wounded and presumed dead, the SEALs evacuated the peak.

As the video shows, Chapman trudged far ahead of the team as they tried to go up a snowy slope, as enemy fighters fired at the Americans from two bunkers. Chapman charged into the first bunker, then “deliberately moves from cover to attack a second hostile machine gun firing on his team” before he was wounded and temporarily incapacitated, the Air Force says.

Meanwhile, Chapman remained behind and regained consciousness. Now alone, he continued to fire on enemy positions and engaged in hand-to-hand combat. And when a quick reaction force helicopter was heard, he provided covering fire until he was struck twice in the chest and killed.

Chapman’s family will receive the posthumous award from President Donald Trump on Aug. 22 in a ceremony at the White House.