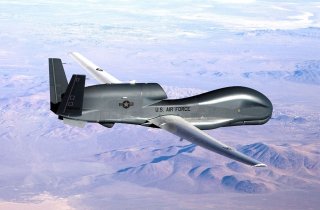 The chaos and tragic loss of life during the U.S. pullout of Afghanistan not only leaves grief, confusion, and uncertainty but also raises some extremely significant unanswered questions about what kinds of military assets and missions might still be needed in the region.

Certainly, Intelligence, Reconnaissance, and Surveillance (ISR) is not going anywhere and will, if anything, possibly increase given the risks posed by Al Qaeda, ISIS-K, and the Taliban. The U.S. plan to remove any kind of conventional ground-force presence does not likely mean that surveillance and intelligence missions, coupled with the possibility of long-range strikes, will disappear completely.  In fact, by contrast, without a standing ground force, ISR might take on even more urgency as U.S. commanders will likely want to remain vigilant about terrorist activity in a Taliban-controlled Afghanistan.

Interestingly, this may mean that the United States, U.S. Central Command (CENTCOM) and U.S. allies are likely to continue, if not expand, use of high-altitude, long-endurance drones such as the Air Force’s RQ-4 Global Hawk drone and some smaller fixed-wing manned surveillance planes.  While the Air Force is upgrading and transitioning many of its Global Hawks into a major power warfare mission framework, the aircraft also offer a distinct, if not unparalleled advantage for counterterrorism efforts in places like Afghanistan. There will be a continued pressing need for ISR as the United States, NATO, and other coalition allies maintain vigilance about terrorist activities.

When asked about the continued demand for ISR in Afghanistan, Air Force Chief of Staff Gen. Charles Brown was clear that the Air Force will meet the need.

“Our focus has been counterterrorism (in Afghanistan). We will work with Combatant Commanders moving forward in the region regarding over the horizon surveillance. Looking at our missions, we have the capability to work with their intelligence apparatus,” Brown said.

A Global Hawk can dwell for long periods of time at high altitudes to look for terrorist movements, patterns of life for high-interest individuals, and surveil the mountainous terrain for places such as terrorist training camps.

Platforms like the Global Hawk have, as described by Brown, primarily been used for counterinsurgency surveillance missions. But the Air Force has been moving intensely on a series of technological enhancements and command and control improvements for the drone that will expand its capabilities. Recently, the Air Force has been working with Global Hawk maker Northrop Grumman to deliver a new ground-based command and control system for the drone. The new ground station system is intended to pioneer new methods of reducing latency, speeding up attacks, providing a foundation for software upgrades to improve sensing and image resolution, and also enabling artificial-intelligence-empowered man-machine interface. Much of this is made possible by increased autonomy and an ability to quickly gather, process, analyze, and transmit massive volumes of information in milliseconds by bouncing new data off of a vast database. This allows U.S. forces to draw comparisons, perform analyses, solve problems and identify moments of greatest relevance, without needing human intervention. The new control system for the unmanned aircraft also incorporates new cockpit displays and emerging cyber-hardening technologies.

A key element of the Air Force’s continued upgrades to the Global Hawk fleet resides in its multi-mission ability to provide great value in major power warfare scenarios as well. Its ability to circle above hostile terrain for long-dwell missions up to forty hours and zoom in with high-fidelity sensor cameras from high altitudes enables the drone to operate with the precision and utility of a closer-in drone from more survivable areas less vulnerable to enemy fire. While a larger platform, its high-altitude mission ability, coupled with long-range sensor apertures, enable it to conduct high-risk missions in areas where low-altitude unmanned aircraft might be vulnerable to destruction from enemy air defenses or electronic warfare. Sensor technology is also changing at a staggering rate, meaning smaller and smaller hardware systems are increasingly able to massively improve image resolution and greatly extend detection and sensing ranges. A Global Hawk could track enemy activities about a great power rival nation with strong image fidelity while operating beyond the reach of many enemy air defenses. Significantly, this advantage would also help in Afghanistan, if in a different way.

While likely to remain operational over Afghanistan, tactical and technological adjustments to the Global Hawk are also intended to make it a platform that can, as Brown explained it, “make China nervous” as well.

“We do want a mix of capability. If something does not make China nervous... why should we retain that in large numbers?”