The Air Force's Worst Nightmare: What if the F-22 Raptor Was Never Built? 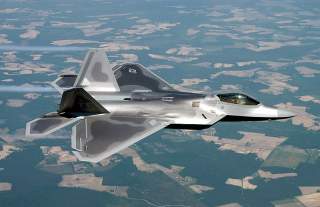 Robert Farley, a frequent contributor to the National Interest, is author of The Battleship Book . He serves as a Senior Lecturer at the Patterson School of Diplomacy and International Commerce at the University of Kentucky. His work includes military doctrine, national security, and maritime affairs. He blogs at Lawyers, Guns and Money and Information Disseminationand the Diplomat .

Image: An F-22A raptor like this one has completed its final assembly in the Lockheed Martin plant in Marietta, Ga., and is the first combat-capable fighter destined for basing and operations in the Pacific. This particular F-22A is in service at the 27th Fighter Squadron at Langley Air Force Base, Va. Wikimedia Commons