Is Airbnb Really a Threat to Hotels? Here Is What the Data Tells Us. 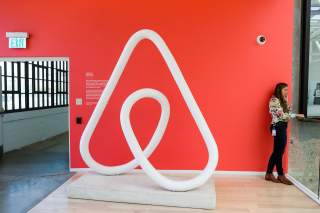 Airbnb has grown exponentially since its founding in 2008 and is expected to soon go public in an initial public offering that would rank it among the world’s most valuable hotel companies.

In fact, U.S. consumers spent more money on Airbnb last year than they did on Hilton and its subsidiaries, the second-biggest hotel chain in the world, which was founded a century ago.

As an expert in hospitality management, I was curious to know precisely how all this growth has affected the hotel industry – and just how scared hotels should be.

In those cities, the number of properties on Airbnb – from room shares to entire houses – surged from just 51 in its first year of operation to more to 50,000 five years later and to over half a million in 2017.

Some of this growth can be attributed to consumers’ increasing demand for authentic lodging experiences – in people’s real homes – at affordable prices.

But another important factor is the lack of regulation Airbnb faced during its first decades, which gave it more flexibility and made it easier to add new properties to its inventory.

While this is now changing as cities clamp down, this provided Airbnb with a significant competitive advantage against the hotel industry. Indeed, the typical regulatory frameworkin cities across America means it can take several years to add a new hotel to the market and requires permits, adherence to safety codes and more tax collection.

And our study showed that these advantages translated into a significant impact on the hotel industry in terms of revenues, prices and occupancy rates.

Specifically, we found that every 1% increase in the number of Airbnb properties decreased the average revenue per room by 0.02%. Although this impact seems small, consider Airbnb’s phenomenal year-over-year growth rate when measuring the company’s impact on hotel room revenues. Accordingly, every time Airbnb’s supply doubles – which is its average yearly pace since inception – hotel revenues fall 2%.

While it’s hard to convert this into dollar amounts given the statistical nature of our analysis, we crunched the data on New York City and found that total potential hotel revenue lost to Airbnb may have totaled US$365 million in 2016 alone.

The impact on average room prices and occupancy rates was similar but smaller. Room prices fell 0.003% to 0.03% for every 1% increase in Airbnb supply, while hotel occupancy declined by 0.008% to 0.1%.

Bearing down on luxury

Although Airbnb was initially perceived to be a potential threat to economy hotels – defined as the bottom 20% in terms of average price – we found that Airbnb also had a significant impact on the luxury segment – or the top 15%.

That suggests the company has successfully pushed to provide more unique experiences across the spectrum, and now there’s a large inventory of more “luxury” experiences on the platform where one can rent designer homes and unique accommodations like cabins, boats and even treehouses – all of which tend to be in the higher price range.

Our findings also showed that midscale and independent hotels were the least hurt by Airbnb’s increasing supply, probably because both have very similar price points. Another possible reason is that people who chose independent hotels perceived those properties to be more authentic compared to chain hotels, and so those consumers were less motivated to switch from independent hotels to Airbnb.

These results collectively suggest that Airbnb appears to have taken a slice of the pie from the hotel industry.

The question now is will that phenomenal growth continue?

Airbnb continues to grow its supply of properties around the world, and it is clear to me that the company represents a permanent challenge to hotel chains.

While there are efforts to regulate the home rentals that makes up the Airbnb properties and other sharing platforms – which could curb its growth – decisions on how to regulate these platforms have not been straightforward.

In other words, hoteliers should continue to fear Airbnb.

This article by Tarik Dogru first appeared in 2019 in The Conversation via Creative Commons License.