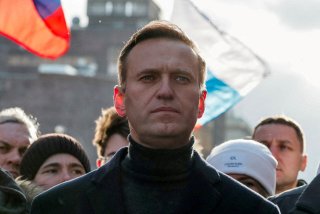 A spokesman for imprisoned Russian dissident Alexei Navalny announced on Tuesday that he had gone missing after guards at his prison told his lawyers that he had been transferred and no longer resided there.

Kira Yarmysh, Navalny’s spokeswoman, made the announcement on Twitter, indicating that the high-profile opposition leader had been “transported away” from the Penal Colony No. 2 outside Moscow, where he had been imprisoned following his conviction on a bail violation charge in 2021. After the initial three-year charge, Navalny was again sentenced to nine years in prison for fraud, and now faces additional charges of engaging in extremist political activity, which could lead to an additional fifteen years in prison if he is convicted. Navalny and his lawyers have denied the charges and alleged that they are being pursued for political reasons.

“[Navalny’s] lawyer, who came to see him, was kept at the checkpoint until 14.00, and was then told: ‘There is no such convict here,’” Yarmysh wrote. “We do not know where Alexei is now and what colony they are taking him to.”

“Of course, neither Alexei’s attorneys nor his relatives were informed about this transfer in advance,” she added. “There were rumors that he was going to be transferred to the high-security penal colony IK-6 ‘Melekhovo,’ but it is impossible to know when (and if) he will actually arrive there.”

Yarmysh also emphasized that Navalny’s safety was far less certain in a maximum-security facility and without regular contact with his lawyers, pointing out that “he remains one-on-one with the system that has already tried to kill him”—referring to an attempt to kill Navalny in 2020 using Novichok, a Russian nerve agent tied to other high-profile poisoning attempts. Navalny survived the attempt and was airlifted to medical treatment in Germany, saving his life but violating his parole conditions and leading to his arrest upon his return to Russia in early 2021.

“Our main task now is to locate him as soon as possible,” she concluded.

Prior to Navalny’s mysterious transfer, the Russian opposition leader had kept in regular contact with the outside world through his lawyers, allowing him to make public statements and post political commentary on his social media pages.

Navalny rose to prominence in the early 2010s after running in the Moscow mayoral race against Kremlin loyalist Sergei Sobyanin. Although he ultimately lost the race, he received an unexpectedly high share of the vote in Russia’s tightly controlled political system, raising his profile and leading him to establish the Anti-Corruption Foundation, a non-governmental organization devoted to exposing government corruption. That organization was quickly added to Russia’s list of “foreign agents,” proscribing its members’ political activities, and was shut down by the Russian government last year. Navalny and several of his associates were added to Russia’s list of “terrorists and extremists” in January 2022, according to Russia’s state-run RT news network.