All Dried Up? How Oil Wars Have Brought an End to Russia's Fossil-Fueled Golden Age 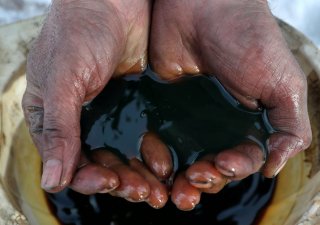 Russia's easily accessible oil reserves have long been the cornerstone of its economy. But these conventional fields are depleting, leading to the need to invest and expand into more untapped sources. This transformation will not be easy or cheap, as various factors have led to a poorly optimized oil sector that's ill-equipped to soften the blow of rising costs. The key to maintaining a strong energy market, and securing the capital needed to develop new and expensive fields, will instead rest on whether Moscow can secure its foothold in China's increasingly oil-hungry market. In any case, Russia may have little choice but to accept that its glory days of oil dominance and high profit margins are nearing an end.

Reserves Are Plenty, but Troubled

In the mid-2000s, West Siberian conventional fields revitalized the Russian economy, producing vast sums of low-cost oil at a time of rapidly rising global demand. But 15 years on, many of these fields have since plateaued or begun to decline. New fields have the potential to largely offset this decline, but developing these areas come with higher upfront costs and will also eventually progress to a stage of declining production sometime in the 2030s.

To maintain supply, Russian oil producers will thus be forced to explore new avenues of “unconventional” production in the years ahead, generally situated in the following two categories:

Internally, Russia is not overly optimistic about how well this transition away from conventional oil fields will occur. In a draft of its 2035 Energy Strategy, the best case scenario has oil production remaining unchanged, with pessimistic reports projecting a 12-40 percent plunge in production. Furthermore, even if volume of output does not change, the price will. Current Russia shale offerings are three times as expensive as conventional exports. While its costs will not remain that extreme, Russia prices will continue to rise as total output becomes more reliant on difficult extraction further away from population centers (Moscow, for example, is closer to London than it is to the oil reserves locked underneath East Siberia).

Russia's current energy sector is also ill-equipped to soften the blow of rising costs due to the following key factors:

The long-term decrease in the growth rate of demand for liquid fuel creates a complicated future for Russian exports. Without healthy markets, Russia might be unable to find a home for an increasingly expensive supply of oil. Europe currently relies on Russia for 30 percent of its oil exports and 40 percent of its total natural gas exports — a situation unlikely to be interrupted. The delivery infrastructure exists in spades as European energy companies and Russian providers have developed a healthy relationship over the years. Business relationships do not amount to overall political health, as diplomatic clashes between Moscow and EU governments show little signs of abating. But Europe and Russia's shared dependence as a convenient energy market and producer, respectively, should still maintain this continental cooperation for the foreseeable future. However, projections suggest Europe has already reached terminal oil consumption, leaving little room for growth

The key to Russia maintaining a strong energy market, and the potential development of its expensive fields in East Siberia, will thus instead be predicated on its success in Asia — and in particular, securing its energy ties with China. Russia currently supplies 15 percent of China's oil consumption (a 50 percent year-over-year increase), which will continue to grow as China slowly weans off of coal power. This growth in demand from the world's largest energy importer would suggest a happy replacement of some European business. However, Moscow's relationship with Beijing is not without tensions. While their proximity amounts to a convenient economic relationship, it also brings competing interests. Each country has a stake in developing the Arctic, and conflicting political ambitions in Central Asia. Still, Russia and China's energy ties are critical to each country's strength, meaning they're unlikely to fray over minor political disagreements. The question is whether Moscow can grow its energy ties with China enough to sufficiently offset

An Array of Unsatisfying Options

In addition to its domestic challenges, the current landscape of the global oil market is further dimming the future of Russia's oil sector. This may prompt Russia to adjust oil's impact on its budget, which is currently balanced around $40 per barrel. Profits above this level have generated considerable foreign exchange reserves, though steep drops in demand and prices in light of the COVID-19 pandemic are seeing excess cash rapidly depleting. If oil prices remain around the $30 range, Russia will likely adjust its budget to a $20 per barrel balance to better reflect global conditions.

But even a successful budgetary adjustment would not change the underlying reality of Russia's economic situation. With ample oil reserves, Russia has yet to build a modern economy. Given the likely difficult leap to new oil options, reshaping the Russian economy rather than prolonging its energy reliance would better serve the country's long-term economic trajectory. This is, however, hardly a new concept for Moscow. Modernization has been a goal for decades, with efforts renewing over the past few years. Producers have slowly become less state-controlled, with plans to vastly increase public investment. This follows the models of countries such as Norway, Australia and Canada who have built thriving economies on top of oil.

Compared with Russia, however, these more successful oil-producing countries have dramatically smaller populations — meaning the number of industries needed to diversify is smaller, and public investment can be implemented far more efficiently. Furthermore, Russia spends dramatically more of their GDP on military expenses. Lessening energy exposure while supporting a large population and a world-class military may very well prove an impossible feat. And Moscow is unlikely to find trading defense for economic investment in its overall best interest.

This, in turn, places Russia's oil future at an impasse. President Vladimir Putin is likely aware of the costs necessary to shed Russia's oil reliance, but the surgery might be worse than the illness. This dynamic gains more intrigue when viewed against Putin's succession (or lack thereof). If Putin steps down when his current term ends in 2024, he might be more interested in avoiding short-term pains for long-run change in the coming years. But under the Kremlin's newly proposed constitutional changes, there's a chance Putin could still be in charge when the oil paradigm shift occurs over the next decade. With an extended reign, Putin may have more of an appetite for radical alterations in fiscal policy or Russia's stance towards foreign debt. Regardless of who is in charge, however, the clock for Russian oil may already be ticking. What Moscow does to arrest these compounding issues remains to be seen.

The Golden Age of Russian Oil Nears an End is republished with the permission of Stratfor Worldview, a geopolitical intelligence and advisory firm.