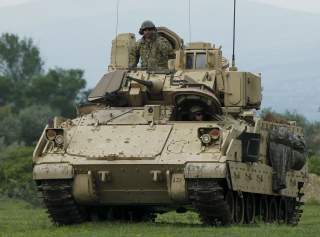 Key point: These specialized Bradleys would be used to direct reconnaissance and attack drones. How close are these to being a reality?