The Amazing Reason This Class of Navy Submarines Can't Be Beat 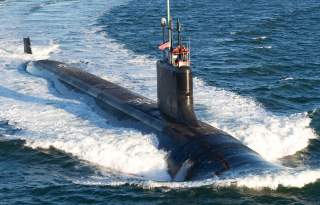 Overall, aside with the fact that the Navy simply needs more submarines to make up for asevere shortage in undersea assets, America’s silent service is in good condition from a technological standpoint. The challenge will be to convince Congress to add funding to increase the build rate to counter a resurgent Russian and growing Chinese submarine force.

While the Virginia-class was developed in the 1990s to be a cheaper alternative to the much more capable and expensive Seawolf-class (SSN-21-class), the SSN-774-class was designed to be as stealthy and to have greater multi-mission capabilities than its larger counterpart. Over the years, the Virginia-class has proven to be an adaptable and versatile design with plenty of room for growth. Indeed, the Virginia-class submarine—or VCS as many senior U.S. Navy officials call it—may prove so capable that a futureSSN(X)—which is tentatively planned for 2034—might prove to be unnecessary.

In general, Jabaley said that the new modifications are the first major improvements to the Virginia-class’s acoustical performance since SSN-774 became operational in 2004. The Navy was spurred into action by the advent of Russia’s new Project 885 Yasen-classSSGNs, the first of which—called Severodvinsk—has greatly impressed the service’s leadership.

Incremental improvements have been an integral part of the Virginia-class program from the outset. Every new Block of Virginia-class boats has improved on the previous one. Indeed, after the first two Virginia-class submarines were delivered, Jabaley pointed out that the program rapidly improved its performance and delivered boats months ahead of schedule while reducing costs. Even the first Block III boat—USS North Dakota(SSN-784)—which included a twenty percent redesign of the entire submarine to facilitate the inclusion of a new water-backed Large Aperture Bow (LAB) array sonar and two large payload tubes to replace a dozen individual cruise missile tubes—came in ahead of schedule. “And we expect to continue to deliver below contract,” Jabaley said. Indeed, that’s while increasing performance—the LAB offers improved capability over the original air-backed spherical bow array, added Capt. Michael Stevens, the Navy’s Virginia-class program manager, who was present during the interview with Jabaley.

“The Navy’s program of record [which will likely be increased] includes Virginia Payload Module on every Virginia-class submarine beyond that,” Jabaley said. “So that make 19 submarines with VPM—makes 20 if we add that second submarine in 2021—and that act of adding the VPM to those 19 submarines provides a significant mitigation for the loss of the [four Ohio-class boomers, which were converted into] SSGNs. It’s not exactly 100 percent, but it absolutely mitigates the fact that Ohio, Michigan, Florida and Georgiadecommission in the mid-20s.”

Overall, aside with the fact that the Navy simply needs more submarines to make up for asevere shortage in undersea assets, America’s silent service is in good condition from a technological standpoint. The challenge will be to convince Congress to add funding to increase the build rate to counter a resurgent Russian and growing Chinese submarine force.