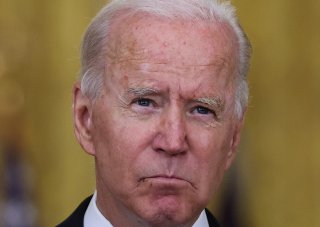 The new Afghanistan is dying. A dream was conceived in the aftermath of the 9/11 attacks: to enable the development of a progressive, pluralistic, democratic Afghanistan, liberated from the draconian Taliban regime and its regressive legacies. That dream of a new Afghanistan is now lamentably truncated as the Taliban took over Kabul, buoyed by their success in several other provinces, and enabled by the Biden administration’s indifference. If the United States doesn’t urgently provide material and symbolic support to the Afghan people and ensure that the Taliban exercises moderation in its governance, the ambition of a democratic Afghanistan may be forgotten forever. It will be a shame for the United States—the boldest champion of democratic development in the world. It will also be a setback for democracy aspirants and offer exactly the kind of reassurance that America’s competitors—Russia and China—are seeking.

For the last twenty years, the vision of a new Afghanistan that would democratically represent the aspirations of its largely young population, negotiate its internal strife, and become a meaningful stakeholder in regional development inspired millions of young Afghans. After experiencing unceasing death, destruction, and despair brought by the Soviet invasion, civil war, and by the Taliban regime, Afghans longed for peace and stability and a political order that would be representative of their collective aspirations. That dream was mercilessly compromised, first by a desperate deal between the United States and the Taliban that would relegate the Afghan state to the role of a spectator in its own future, and then by a hasty withdrawal of U.S. forces from Afghanistan, leaving the Afghan forces vulnerable to the Taliban.

Scores of Afghans have been perishing daily, mostly in the hands of the Taliban—a Pashtun-dominated armed group that was ousted from power in 2001 and is now back in Kabul after a twenty-year-long war. Members of the Afghan government and its armed forces; private organizations; civilians, activists, and artists; schoolteachers and students; men, women, and children—No one in Afghanistan is spared the humiliation of living in a context where daily survival from violence is now an unstated accomplishment.

Many would argue that the Afghan state is fundamentally flawed, corrupt, deeply unstable, predatory, and ineffectual. The incompetence of the Afghan state, they would contend, fueled support for the Taliban. They are right. The Afghan state is unable to communicate its moral authority to most Afghans, and it is hapless against the inflating expectations of the population. But many of its imperfections are hard to separate from U.S. policies in Afghanistan. It was irresponsible for the United States to encourage and incentivize deal-making over formal institution building for twenty years and then blame Afghan culture for not being ripe for democratic development. Or to create a winner-takes-all electoral system and then pin the electoral chaos on Hamid Karzai and Ashraf Ghani. Or fight proxy wars by empowering warlords and delegitimizing the very government it supported. Or build Afghan national security forces in a way that would have them rely heavily on American equipment, and then decide to withdraw without a plan to sustain those arrangements. So, while we rightly point to the dysfunctions of the Afghan state, we should also take a moment to reflect on the U.S. role in systematically enabling those dysfunctions.

Rebuilding a country after war is a formidable task. History offers few examples that would inspire the confidence of state-builders. No one would argue that Afghanistan was an easy engagement. The state’s architecture had to be resurrected in 2002 after two decades (now four decades) of violent conflict. Scores of development agencies were rallied to provide services to the population while the new Afghan state was being incarnated. Western and Eastern diplomats were engaged to legitimize and enable the aspirations of the new Afghanistan. Efforts in the last twenty years created a flawed state, but it was also one that enabled millions to pursue education, embrace media and technology, connect with the rest of the world, and express themselves. Those gains are now likely to be compromised with the Taliban in power.

As news of death and destruction from Afghanistan appear with alarming ferocity on our social media feeds, there is a temptation to fall for the false comfort of easy characterizations such as victory and failure—terms that may be useful to strategists but are not meaningful to millions of Afghans who are braving violence, fear, and anxiety every day. Now is the time to prioritize targeted humanitarian assistance and lend support to democracy aspirants in Afghanistan. This can range from championing democratic aspirations at the grassroots level, holding the Taliban accountable for its governance, ensuring the Afghan minorities and women continue to live freely and independently, and maintaining diplomatic and cultural links between the two countries.

The Taliban’s recent successes mean more than the pain it inflicts on innocent communities. For the first time in over a generation, we, the members of the international community, are witnessing the dismantling of the very state in Afghanistan that we enabled. We are also, simultaneously, witnessing the development of the new Taliban emirate. The Biden administration’s indifference to this reality is unbecoming of a superpower. It also betrays America’s moral commitment to its allies and its responsibility to protect Afghans whose lives are now held hostage by the Taliban’s theocratic absolutism.

Most of these Afghans—young Afghans armed with the ambition of a secular society—have dared to dream of a new Afghanistan that would overcome the legacies of their dark history, correct the mistakes of their previous generations, and embrace western ideals. These are the green shoots of optimism in an otherwise bleak context. America must not give up on them.

Prakhar Sharma is a Ph.D. candidate in Political Science at Maxwell School, Syracuse University. He is writing his dissertation on nation-building in Afghanistan. He has studied Afghanistan since 2006 and lived in the country for four years between 2006 and 2016.