America and Iran: On a Path Towards War? 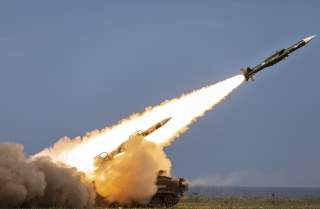 Iran’s leader has taken a defiant stance against the United States and its allies, signalling a potential “fraying” of the 2015 deal limiting Iran’s nuclear program, The New York Times reported.

Ayatollah Ali Khamenei on July 16, 2019 denounced “the vicious British” after U.K. forces earlier in the month seized an Iranian oil tanker off Gibraltar.

In a speech to clerics, Khamenei “appeared to signal his intention to ignore diplomacy for the moment and stoke tensions with the West over the embattled nuclear accord,” the Times’ Rick Gladstone wrote.

“Khamenei spoke as unconfirmed news reports suggested Iran’s Revolutionary Guards may have seized a United Arab Emirates tanker in the Persian Gulf, possibly in retaliation for Britain’s impounding of an Iranian tanker near Gibraltar this month.”

Iranian militia troops had attempted to retaliate on July 10, 2019 by seizing a British tanker in the Strait of Hormuz. A Royal Navy frigate intervened and stopped the assault.

Khamenei’s tone has sharpened of late. “The defiance expressed by the top leader ... contrasted with what seemed like a less confrontational stance taken at the White House,” Gladstone added.

U.S. president Donald Trump told reporters his administration is “not looking for regime change” in Iran. “They’d like to talk, and we’ll see what happens,” Trump said.

Mike Pompeo, the U.S. secretary of state, claimed Iran was willing to negotiate over its missile program, which Gladstone pointed out is “an area of Western concern that was not covered in the 2015 nuclear agreement.”

Iran meanwhile is taking steps to shorten the time it would take to produce a nuclear warhead.

The Joint Comprehensive Plan of Action nuclear deal, a signature accomplishment of former U.S. president Barack Obama, is in danger of collapsing following Trump’s 2017 decision to withdraw the United States from the deal’s oversight.

The Trump administration in 2018 completed its withdrawal from the deal. Trump shortly thereafter reinstated economic sanctions targeting Iran that the Obama administration had lifted as an incentive for Iran to agree to limits on its nuclear program.

More recently, Tehran has warned that it would exceed the JCPOA’s caps.

European leaders are trying to preserve the nuclear deal despite Trump’s “vandalism.” European ministers “said they did not consider Iran’s violations serious enough yet to warrant a response and reiterated their desire to preserve the agreement,” Gladstone wrote.

“Defying the Trump administration’s pressure for tougher action, the European ministers instead exhorted Iran to abide by the agreement’s terms.”

But Khamenei rejected their gesture, Gladstone reported. “Iran will continue the process of cutting down on its JCPOA commitments,” Khamenei said in his speech.

It should be clear that Trump initiated the diplomatic and military confrontation that has led to the current tensions and uncertainty. “Mr. Khamenei, known for his deep hostility toward the United States and its Western allies, had reluctantly backed the agreement with the big powers, which included the United States, Britain, France and Germany,” Gladstone pointed out.

“But he turned sharply against the agreement after President Trump repudiated it in May 2018 and reimposed onerous sanctions. European efforts to salvage the deal have foundered, and Mr. Khamenei has increasingly blamed the European participants for failing to provide Iran the economic relief that was promised.”

“Western governments’ major vice is their arrogance,” the ayatollah said in his speech. “If the country opposing them is a weak one, their arrogance works; but if it’s a country that knows and stands against them, they will be defeated. Regarding our ties with Europeans, what makes problems persist is their arrogance.”