America And Russia Have Enormous Nuclear Arsenals, So Why Do Both Nations Feel At Risk? 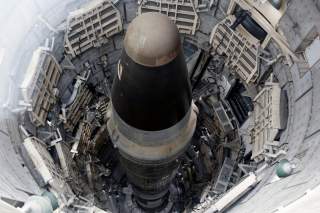 Key point: Even the 2018 Nuclear Posture Review has not done enough in recommending programs to correct the enormous disparity that now exists in non-strategic nuclear weapons.

The U.S. mainstream view of Russia has changed quite a bit in the last twenty years, particularly in the last five. We have moved from the fantasy that there was no threat from Russia after the demise of the Soviet Union to a recognition of a serious Russian threat to the U.S. and its allies, including a nuclear threat in the last two years of the Obama administration and the Trump administration. However, characterizing the relationship between the U.S. and Russia as “competition” as it now appears in U.S. Government documents, does not go far enough. Lockheed and Boeing compete; Russia threatens preemptive nuclear attack. It is unilaterally trying to create a sphere of influence in Eastern Europe and the former Soviet states in the classic 19th Century sense while building the largest nuclear arsenal in the world.  There is no competition here but rather a serious threat from Russia.

Putin’s economic policies are a disaster for Russia; yet he continues to modernize and expand Russia’s military and nuclear capabilities. In January 2017, Russian Defense Minister General of the Army Sergei Shoigu stated that development of the strategic nuclear force was Russia’s first priority, noting that Russia will “…continue a massive program of nuclear rearmament, deploying modern ICBMs on land and sea, [and] modernizing the strategic bomber force.” The 2018 Nuclear Posture Review report agrees stating, “In addition to modernizing ‘legacy’ Soviet nuclear systems, Russia is developing and deploying new nuclear warheads and launchers. These efforts include multiple upgrades for every leg of the Russian nuclear triad of strategic bombers, sea-based missiles, and land-based missiles. Russia is also developing at least two new intercontinental range systems, a hypersonic glide vehicle, and a new intercontinental, nuclear-armed, nuclear-powered, undersea autonomous torpedo.” Secretary of Energy Rick Perry and National Nuclear Security Administration Director Lisa Gordon-Hagerty in April 2019 told the Senate Armed Services Committee, “Russia and China are investing massive resources into upgrading and expanding their nuclear arsenals, all at a time when they seek to challenge U.S. interests and unravel U.S. alliances around the world.”

Russia’s only real claim to be a great power is its nuclear weapons. Therefore, it is hardly surprising that Russia has officially announced over 20 new or modernized strategic nuclear systems. Putin routinely brandishes his nuclear superweapons because he believes Russia gets political benefits from nuclear threats. In his March 2018 State of the Nation address, Putin bragged about five new Russian nuclear systems. Putin’s superweapons include:

In his February 2019 State of the Nation address to the Duma, President Putin “promoted” the new Tsirkon (Zircon) hypersonic missile into the superweapon category.

These are real programs. According to STRATCOM Commander General John Hyten, “…you should believe Vladimir Putin about everything he said he’s working on.”  Based on open sources it appears that four of these systems are nuclear armed and two are nuclear capable.

On December 24, 2018, Russian Defense Minister General of the Army Sergey Sergei Shoigu said Russia had achieved “an unprecedented level of equipment with modern weapons,” surpassing all other nations. He stated that 1) "The modernity level of the Strategic Nuclear Forces has reached 82%..."; 2) the new Sarmat heavy ICBM had been successfully tested in a “pop-up test”; 3) in 2019, “the first missile regiment [will be] equipped…with [the] Avangard hypersonic glide vehicle” and would become operational; 4) in 2019, a total of 31 Yars and Avangard nuclear ICBMs would be put on “combat duty”; 5) in 2019, the first Borey A ballistic missile submarine would become operational; 6) four Tu-95 nuclear-capable bombers would be modernized; and 7) Russia had conducted a salvo launch of 12 nuclear capable Kh-101 cruise missiles from a Tu-160 heavy bomber. This adds up to the modernization in a single year of about 10 percent of the declared Russian strategic nuclear force under the New START Treaty. TASS also reported that the new version of the Tu-160 (the Tu-160M2), which will add 500 additional deployed warheads to the Russian strategic nuclear force, is now being manufactured.

Thanks to the 2018 Nuclear Posture Review report we now have official confirmation of much of what Russia says it was doing and disclosure of some things that the Russians do not talk about presumably because they involve arms control violations. It states, “While Russia initially followed America’s lead and made similarly sharp reductions in its strategic nuclear forces, it retained large numbers of non-strategic nuclear weapons. Today, Russia is modernizing these weapons as well as its other strategic systems. Even more troubling has been Russia’s adoption of military strategies and capabilities that rely on nuclear escalation for their success. These developments, coupled with Russia’s seizure of Crimea and nuclear threats against our allies, mark Moscow’s decided return to Great Power competition.” Russian nuclear modernization is literally never-ending. All legs of the Russian Triad are being modernized. When Russia deploys a new system, it starts work on the follow-on. We don’t. We are pursuing a minimum program to maintain a nuclear triad replacing systems only when very old. We are almost a decade away from any new systems actually being deployed.

Russian New START data are very limited and of little use. Russia’s declared New START numbers are apparently not real and certainly not verifiable because of the Treaty’s many loopholes and limited and ineffective verification provisions. There are inspections but they can’t verify anything because of the lack of attribution rules in the Treaty. (Attribution rules establish both a minimum and maximum number of warheads for each missile type). There is no way to verify the total number of accountable warheads much less the number of actual deployed warheads which is clearly much higher. There is no Senate Select Intelligence Committee report on New START verification because there is no credible way to claim it is verifiable. Then-Vice Chairman of the Senate Select Committee on Intelligence Senator Christopher Bond summed it up during New START ratification: “The Select Committee on Intelligence has been looking at this issue closely over the past several months. As the vice chairman of this committee, I have reviewed the key intelligence on our ability to monitor this treaty and heard from our intelligence professionals. There is no doubt in my mind that the United States cannot reliably verify the treaty’s 1,550 limit on deployed warheads.”