America Cannot Afford to Lose the Technology Race to China 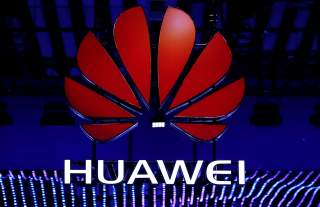 With our Mid-East policy in disarray, China and Russia have not missed a beat and are stepping in to fill the gaps. It is clear the intention of their advances in technological research and development (R&D), military and otherwise, is to surpass the U.S.’s global distribution and ultimately become the dominant player in this area. As recently as May 2019, it has been reported that U.S. allies in the region have been meeting with the Chinese to become a Cyber hub for their Belt and Road Initiative.

While President Trump has been engaging China on trade talks, Xi Jinping has continued the largest military buildup of the last hundred years. On October 1st China’s military exhibited to the public much of their high-tech weaponry, of which about half have never been seen before, leading many to question what they are not showing.

With Russia's hypersonic weapons and China’s cyber and space capabilities, it is no longer enough to keep up with the Jinpings, but rather is the time for the U.S. to step up and leave these questionable characters in our technological rearview mirrors. One such opportunity for the U.S. to take a significant step forward is with the upcoming merger of Raytheon Co (RTN) and United Technologies Corp (UTX).  The mergers of such companies would create innovation powerhouses that would not only place the U.S. on track but give the necessary bandwidth to surpass competing nations in relatively short form.

In 1889 the commissioner of the U.S. patent office, Charles H. Duell, was widely quoted as saying, "Everything that can be invented has been invented," something that in 2019 we know is farthest from the truth. The race for technological advances within the defense sector has a far greater impact than in any other sector. In an age where there is a renewed weapons race between the U.S. and its adversaries, mergers like this one between Raytheon and United Technologies become ever more significant.

Just recently, a Saudi oil field was attacked by 18 drones allegedly from Iran. No longer are attacks of this precision that have global ramifications only able to come from superpowers like the U.S. or Russia or China, but also now by rather small countries like Iran.

China has emerged as a global science and technology leader, with strong funding in research and development (R&D), which from 2000 – 2016 has risen to almost 25.1% in global R&D. Russia is leading the race in hypersonic technologies, something that the United States has yet to be able to defend against, and Iran has placed a great deal of their efforts in weaponizing Cyber and EMP. The U.S. is currently in catch up mode.

With every passing day, month and year, our weapon systems and those of our adversaries become more and more advanced and our systems more antiquated. Just recently, it was reported that Strategic Automated Command and Control Systems (CACCS), the communications system that controls the U.S. nuclear program would no longer use 8inch floppy disks. Arguably our most important weapons program is using a system that was created 50 years ago when the Oldsmobile Cutlass was the bestselling American car.

With the 21st century weapons race well underway and insufficient to keep up with the Jinpings technologically, we must also surpass the Jinpings in research and development (R&D).

Eli M. Gold is the president of the Gold Institute for International Strategy.  The Gold Institute actively engages in the discussion of these issues by those who have not only thought deeply about them but who have actively participated in efforts to affect them. By providing both coherent thoughts, and recommended actions to address various issues, the Gold Institute aims to bring real solutions to real problems in real-time.