America Doesn't Want a Second Korean War, But Here's How It Would Win One 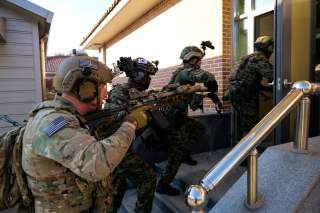 Key Point: While the American and South Korean armed forces can defeat their North Korean counterparts in any stand-up fight, there is a distinct possibility any conventional war could devolve to an unconventional one if Kim isn’t quickly neutralized.