America Has No Response To Russia's 200 Knot 'Supercavitating' Torpedoes 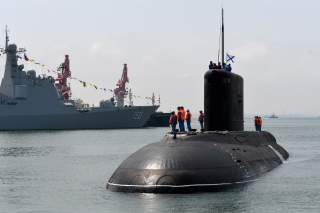 Key point: Russian submarines are the only subs in the world equipped with supercavitating torpedoes