America Is Losing the Arctic Circle Arms Race to Russia 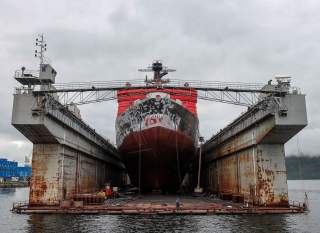 Key point: Moscow is building many more icebreakers than Washington has.

Recently, the state of the U.S. Coast Guard’s icebreaker fleet has been making waves in Washington, DC. Republicans

have suggested diverting funding from the Coast Guard’s initiative to acquire a new heavy icebreaker to the border wall.