From America with Missiles: Why Iran Loves Its F-14 Tomcats 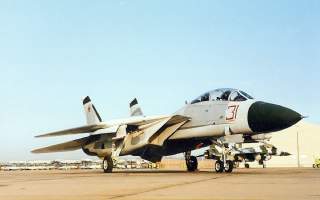