America Must Act To Avoid A Biotechnology Arms Race 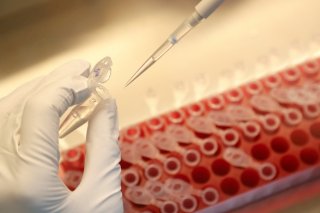 Biotechnology’s moment is here. The COVID-19 pandemic has accelerated an international race for a vaccine, pushing the limits of how quickly countries can employ biotechnology to develop, trial, and mass-produce a solution to the novel coronavirus. Investing in biotechnology is now slated to remain a top priority for nation-states for the foreseeable future. Even before the pandemic, states were waking up to the potential of biotechnology to transform medical research, crop production, and the environment.

Renewed attention to biotechnology comes alongside an old geopolitical environment also made new, or great power competition between Russia, China, and the United States. Joining the ranks of strategic competitions in artificial intelligence, cyber, and space technology, a biotechnology arms race could result in new anxieties over dual-use applications in tandem with bolstered biodefense regimes.

The COVID-19 pandemic will undoubtedly alter international biodefense efforts such as pandemic preparedness and response. But states should be wary of expanding biodefense infrastructure without properly addressing advancements in biotechnology that could inflate the “gray zone” of biodefense. The unclear distinction between offensive and defensive work, or dual-use technology, that is imbedded in the nature of the biodefense task means states have to consider the capabilities and intentions of their adversaries, which are all the more unclear in a great power competition.

Old dogs, new tricks. The perceived threat of new gene-editing technologies such as Crispr, coupled with advancements in synthetic biology, has not gone unnoticed. Crispr is a relatively cheap and efficient genome editing tool that allows scientists to modify and permanently alter DNA and RNA. Crispr is utilized in research on the treatment of diseases such as cystic fibrosis, heart disease, and even HIV. A biotechnology tool with clear promise, concerns over Crispr are rooted in fear of unintended consequences, and in the potential for nefarious actors to weaponize deadly pathogens. Concerns over synthetic biology, the broad term used to describe the construction of new “biological entities” from scratch, cite similar worries over how an adversary could manipulate this new technology.

In the 2018 National Defense Strategy (NDS) that laid the conceptual foundations for the revival of great power competition, the United States named biotechnology as a technology that alters the rapidly changing security environment, providing wider accessibility of potential weapons to more actors. The U.S. director of National Intelligence first included genome editing in a 2016 threat assessment, signaling the potential of dual-use biotechnology to have national security implications if deliberately or unintentionally misused. More recently, the United States listed China, Russia, and Iran as countries engaged in dual-use biotechnology research with potential, but unconfirmed, implications for the Biological Weapons Convention, or the BWC. The 2020 report also included a direct indictment of North Korea as a country with an offensive biological weapons program.

This apprehension goes both ways. General fears concerning the development of “genetic weapons” have appeared in official Russian military rhetoric throughout the last two decades. In 2006, Russia submitted a paper to the Sixth BWC Review Conference on the possibility of advancements in technology leading to the creation of “ethnic weapons.” President Vladimir Putin has made statements on the potential of biotechnology to transform weapons and defense. Russia’s 2015 National Security Strategy highlighted the threatening presence of U.S. military-biological laboratories on Russian borders as well as the importance of developing critical technologies such as genetic engineering for national security purposes.

China and Russia’s commitment to a high-tech partnership could also contribute to the perceived ambiguity over dual-use biotechnology. The two countries agreed to collaborate on the advancement of technologies such as artificial intelligence, neuroscience, and biotechnology, as a means to strengthen their “strategic partnership.” But both China and Russia have signaled a willingness to engage bilaterally with the United States on biotechnology innovation, which could help promote transparency. China bolstered its investment in biotechnology as a part of the Made in China 2025 campaign, which benefitted U.S.-based biotechnology firms on the receiving end of increased funding in 2018. That same year, the U.S. Committee on Foreign Investments (CFIUS) added biotechnology to a list of industries with restricted foreign direct investment, predominantly to curb Chinese investment and protect intellectual property. Instead of promoting scientific exchange and collaboration, this decision may have made international biotechnology research more opaque.

The U.S. military’s investment in biotechnology for biodefense also doesn’t provide the needed assurance to assuage state fears over dual-use research. The Defense Advanced Research Projects Agency, or DARPA’s, interest in utilizing biotechnology for the improvement of the warfighter, along with initiatives to enhance textiles and amend supply chain vulnerabilities using synthetic biology could contribute to the biotechnology ambiguity dilemma.

That states are threatened by the potential dual-uses of biotechnology is clear, but how much they are willing to reveal about their own capabilities is less certain. New avenues for discussion are badly needed.

The role of the BWC. The threat of dual-use biotechnology has occupied the imaginations of state parties to the Biological Weapons Convention since its inception in 1975. Now past its forty-fifth anniversary, the BWC institutionalized a norm against the use, development, and stockpiling of biological weapons. Review conferences, held every five years, were created in part to address new developments in science and technology as they pertain to the authority of the convention. Annual intersessional meetings for continuing discussions between BWC review conferences were added in 2007, but their productivity has been questionable. A 2016 study following the progress of science and technology discussions, one of the intersessional agenda items for the 2012-2015 period, found that an average of only 4.5 hours a year was devoted to the topic.

The 2016 review conference was prepared to address developments in science and technology in its final report, but the Iranian delegation refused to advance discussions unless member states agreed to return to protocol negotiations (a strategy that some analysts believe was a protest of the continued sanctions on its nuclear program). Efforts to introduce a verification protocol to monitor compliance with the BWC collapsed in 2001, and lack of a binding enforcement mechanism in the convention is often cited as the BWC’s biggest shortcoming. Iran’s uncooperative stance prevented state parties from producing a consensus document at the end of the review conference and establishing an intersessional program of work. As a result, the 2017 Meeting of State Parties was used for this purpose, and substantive discussions were delayed until 2018. While states did briefly discuss the dangerous potential of advancing biotechnology applications in their 2018 and 2019 meetings, any definitive agreements will have to wait for the 2021 review conference.

Shrinking the gray zone. It is not surprising that a flood of analyses and op-eds are considering how the pandemic might compare to or inspire the use of sophisticated biological weapons, despite its natural origins. COVID-19 has certainly provided a partial answer to a question undoubtedly asked by BW “red teams” for decades: what could a global pandemic do to the international order and the stability of nation-states? Malicious actors need not imagine the consequences. That the U.S. State Department overtly implied the possibility that the COVID-19 virus was intentionally released from a Chinese lab highlights the diplomatic challenges of addressing a biological event, and the need to establish working pathways to avoid escalation. Addressing and institutionalizing the analysis of biotechnology is the necessary first step toward ensuring state parties remain in sync on the changing relationship between biodefense, biotechnology, and pandemic response.

As a catalyst for change, the COVID-19 pandemic could push states to make real progress in the 2021 review conference, but not without productive Meetings of Experts and State Parties beforehand. Originally scheduled to occur in August and December 2020, respectively, the two intersessional meetings have been moved to December 2020 and April 2021 because of the pandemic, with the Ninth Review Conference still scheduled to take place the following November.

At a minimum, states need to be prepared to imbed a permanent biotechnology working group into the convention to continually address and evaluate the impact of new technology. Otherwise, questions over whether new developments in synthetic biology are covered by the convention will continue to make states worried about their adversaries research developments, which could further encourage a biotechnology arms race.

The biggest challenge for the 2021 review conference will be getting member states on the same page. The global impact of the COVID-19 pandemic will undoubtedly affect discussions and augment nations like Iran’s push for a verification protocol. States aren’t likely to build a consensus on this contentious issue before the next review conference, and time spent on this issue will be wasted. States can’t wait another five years to address the rapidly changing pace of biotechnology. The protocol question needs to be put on hold.

States also shouldn’t avoid addressing the inevitable overlap between responding to natural versus intentional biological episodes. Russia has maintained that discussing natural epidemics has no role at the BWC, but because strengthening biodefense is the best response to both problems, bolstering biodefense without dialogue creates a precarious security environment. Clarifying the intersection between natural and deliberate pandemic response could help states gage how their own biodefense efforts complement international biodefense coordination. If states better understand their national role and responsibilities in the international biodefense regime, they will be less inclined to pursue unilateral defense initiatives with obscure research trajectories.