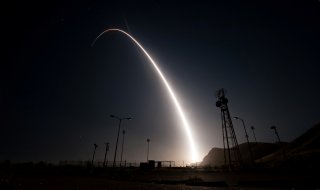 A new study from the RAND Corporation examines the many reasons why the Pentagon's aging Minuteman III intercontinental ballistic missile (ICBM) cannot be upgraded or sustained in any viable way amid a fast-changing global nuclear threat environment.

The report, titled “Modernizing the U.S. Nuclear Triad: The Rationale for a New Intercontinental Ballistic Missile,” argues that the Pentagon needs to remain on course to field the new Sentinel ICBM by 2029, a plan that is now being questioned by some lawmakers and nuclear disarmament groups.

“By 2030, it will have been 20 years or longer since the solid-rocket motors, guidance sets, and propulsion rocket system engines in the fleet were replaced or refurbished. Those subsystems continue to age, as do other components that have never been updated,” the report warns.

Drawing upon extensive research, the RAND report takes a clear position, stating: “The first and perhaps most compelling argument advanced for fielding a new ICBM is that it is no longer technically feasible nor cost-effective to continue extending the service life of the Minuteman III.”

The text of the study includes many details on the practical and technical reasons why the Minuteman III can no longer be upgraded, including factors such as “corrosion, water intrusion, collapsed conduits, misaligned doors, and bulging walls are prevalent.”

The report quotes Maj. Gen. Anthony W. Genatempo, director of the Air Force Nuclear Weapons Center, who expressed concern that the Minuteman III’s sixty-year-old heating, ventilation, and air conditioning systems could fail, an event that “would take a missile off line for an unknown amount of time as it is fixed.”

In addition, Air Force analysts have calculated that developing the Sentinel ICBM might actually be cheaper than continuing to upgrade the Minuteman III.

The report notes that, beyond the issues with the Minuteman III itself, the infrastructure and facilities built to support the missiles were constructed in the 1960s and are now exhibiting “serious aging issues.” “Additionally, much of the specialized and unique gear required to maintain the missiles on alert (e.g., vehicles, handling equipment, diagnostic test sets, and cables) is simply worn out,” according to RAND’s study.

Shockingly, the Cold-War era ICBMs were initially built to operate for just a ten-year service life. But, according to RAND researchers, “despite continued support for the Triad, programs to replace the Minuteman III were deliberately and repeatedly deferred in favor of extending the aging missile’s service life until the Obama administration decided to develop and deploy a new ICBM after extensive study of alternatives.”