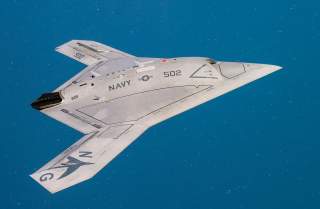 The 2018 National Defense Strategy (NDS) and the Congressionally mandated 2018 NDS Commission refocused U.S. defense planning on the need to compete with, and potentially fight, China and Russia.  Although the latter stressed the urgent need for additional resources for defense, it also acknowledged that bigger budgets would likely prove insufficient to support the national defense strategy.  Needed are new ways of war that can bridge the gap between our ends and our means. To date, however, the Pentagon has been silent on the topic of innovative operational concepts: what they should be and who should develop them. The Fiscal 2020 National Defense Authorization Act that Congress is currently considering offers an opportunity to spur needed action in this area.

The U.S. strategic community took a quarter-century respite from thinking seriously about great-power competition and conflict after the end of the Cold War.  In the 1990s, it reveled in notions of the "unipolar moment" and the "end of history." Following the September 11, 2001, terrorist attacks, it was consumed with the need to defeat irregular adversaries who lacked the ability to contest U.S. supremacy in any domain of warfare. The need to win the wars we were already fighting took precedence over the responsibility to prepare for the very different wars we might have to fight in the future. In such an environment, the Defense Department embraced, explicitly or implicitly, a series of optimistic strategic assumptions, to include:

The growth of Chinese military power has rendered these assumptions questionable, if not obsolete.  Rather, the 2018 National Defense Strategy Commission found that today the United States and its allies face a series of operational challenges:

Developing innovative operational concepts and fielding new organizations and capabilities to overcome these challenges should become the urgent focus of Defense Department investment.  In an era of constrained resources, those concepts and capabilities that offer the greatest strategic and operational leverage should receive preferential funding over those that do not.

The Office of the Secretary of Defense and the Joint Staff should lead the development of joint operational concepts, including efforts both to use existing capabilities in new and innovative ways as well as to craft roles for truly new capabilities. Congress can spark the development of innovative operational concepts by requiring and funding experiments and demonstrations and demanding realistic assessments of them.

Potential innovative programs where the Defense Department can begin these experiments include:

First, the U.S. government purchased two X-47B stealthy unmanned aerial system (UAS) technology demonstrator aircraft before terminating the program.  The Defense Department could use the aircraft to develop innovative concepts of operations for stealthy land- and sea-based unmanned systems, to include the value of autonomy in such systems as well as the use of innovative logistical concepts to extend their range.

Second, the Navy is procuring three DDG-1000 Zumwalt class surface vessels.  The attributes of these ships, to include their stealth, large displacement, and electric propulsion, make them both unique as surface combatants as well as potentially valuable assets for experimentation. The Defense Department could use the ships to develop concepts of operations for operating within range of an adversary’s anti-access/area-denial capabilities. Specifically, they could be used to determine the value of stealthy surface combatants for conducting anti-air, anti-surface, and strike warfare in denied environments.

Third, the Defense Department is currently procuring a new Long-Range Anti-Ship Missile (LRASM), which should provide a highly capable weapon against enemy ships.  However, current plans call for the missile to be carried by three aircraft, the B-1B, F/A-18E/F, and F-35, which will be increasingly challenged to operate in the Western Pacific due to growing threats to aircraft, tankers, and bases in that region.  Accordingly, the Defense Department should develop concepts to integrate LRASM onto the B-2 stealth bomber, which has the range and survivability that may be needed to reach Chinese or Russian shipping in defended waters. Should the concept prove successful, LRASM could subsequently be integrated onto the forthcoming B-21 bomber, which should be available in greater numbers than the B-2 for missions such as maritime strike.

Creating Anti-Access/Area Denial Challenges for Competitors. Each of the Services is developing capabilities that could be used to create anti-access challenges for competitors.  The Army and Marine Corps are both exploring deploying land-based anti-ship missiles such as LRASM, the Naval Strike Missile, and Maritime Strike Tomahawk; the Navy is modernizing its anti-ship and land-attack capabilities; and, as described above, the Air Force plans to equip some of its aircraft with anti-ship missiles. Deployed in the First and Second Island Chains and fed by ISR and targeting information from UASs such as the MQ-9, such capabilities could reassure allies and deter China from committing aggression. Further experiments and demonstrations could yield innovative operational concepts for linking U.S. and allied forward-based and expeditionary land-based precision strike systems with sea-based munitions and tactical aircraft.  Such experiments could yield new concepts for projecting and sustaining forces in A2/AD environments as well as reinforcing and sustaining forward engaged forces.

Establishing Survivable C4ISR Networks. The Defense Department should develop innovative operational concepts and business practices to allow it to develop rapidly new space capabilities and to launch them on relatively short notice.  Such an approach could include not just the development of innovative practices, but also relationships with civilian space industry. It should also explore alternatives to space for services such as communications; intelligence, surveillance, and reconnaissance; and precision navigation.  For example, the Defense Department should experiment with the use of UASs such as the MQ-9 to provide such services in a space-denied environment. Indeed, UASs can provide these capabilities at a much lower cost than launching new satellites. Such initiatives would yield insight into the capabilities needed to enhance the capability and survivability of space systems and the services they provide, as well as new ways to leverage interoperable joint C4ISR in the face of adversary threats.

The development of new concepts and conclusion of experiments are not ends in and of themselves.  Too often, military experiments have been side projects that create a façade of innovation without actually having any substantial impact. As a result, the forces and capabilities we have today—and are currently procuring—are out of alignment with the world of 2019 and beyond. The objective of concept development and experimentation must be to inform major shifts in investment and force structure toward the forces and capabilities that can bring the U.S. military back into alignment with the operational challenges it faces.

Thomas G. Mahnken is the President and Chief Executive Officer of the Center for Strategic and Budgetary Assessments. He is the author of numerous publications on strategy, policy, intelligence, and other topics.  He is a Senior Research Professor at the Philip Merrill Center for Strategic Studies at The Johns Hopkins University’s Paul H. Nitze School of Advanced International Studies and was for nearly 20 years a Professor of Strategy at the U.S. Naval War College.  He served as Deputy Assistant Secretary of Defense for Policy Planning from 2006-2009.