America Should Only Punish the Chinese Companies That Steal Intellectual Property 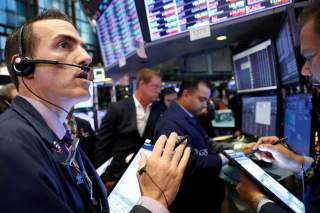 Yes, there is a Congressional attempt to fix certain flaws in financial relations with China. Yes, the White House held discussions on the matter. No, the White House won’t do anything meaningful, unless stalling Congress counts (see telecom sanctions). That’s what won’t happen.

What should have already happened is delisting the Chinese firms which will not obey US disclosure rules. Also overdue: sensible policy on the PRC’s theft and coercion of American intellectual property (IP). Sensible policy sanctions the culprits, only. Tariffs should be rolled back on firms that have done nothing wrong. Guilty parties should face both tariffs and investment restrictions.

In June, a bipartisan group of Senators introduced a short bill essentially requiring firms listed in the US to disclose properly. This seemed odd — a law to enforce the law? But 10 months ago, the Securities and Exchange Commission indicated why — lack of information from China. This did not seem odd — even friendly observers admit the Communist Party can’t accept transparency.

Unlike some American accusations, this one names names. The latest list of firms the Public Company Accounting Oversight Board cited as not meeting US requirements is a little over a year old. It contains 11 companies with auditors located in Belgium, 137 in mainland China, and 93 in Hong Kong.

Auditors in the second and third groups serve Chinese giants such as Alibaba, CNOOC, and Semiconductor Manufacturing International. These are leading firms in sectors designated by the central government as strategic. Such firms will never fully comply with US disclosure. The reason: doing so risks violating Beijing’s absurdly broad definition of “state secrets.”

Almost any information about strategically important enterprises, especially if made public at a sensitive time such as the PRC’s 70th anniversary, might violate the state secrets law. This possibly brings with it the death penalty (possibly — official data on death penalty applications are a state secret). No American complaint can make this group of Chinese companies transparent.

If foreign firms can’t comply with US law, they shouldn’t list here. Some attacks on this simple requirement are ugly. It’s expected from the Chinese government, which has said in US court that Chinese law should trump American. It’s more surprising from the Wall Street Journal, which denounced non-existent proposals for a “blanket ban” on investment and ignored disclosure failures.

The Journal editorial did finish on a constructive note — the US should act only against Chinese entities which pose a risk of espionage or to national defense.  They could have added supported human rights violations or engaged in anti-competitive behavior, but the basic point is correct: American action should focus on serious offenders.

Most Chinese enterprises do not steal or coerce IP transfer. Yet tariffs made no distinction among them from the start, by applying to products and not firms. Now tariffs are so widespread that most exporters are affected regardless of behavior. This leaves no reason for criminal actors to change and in fact creates an incentive for more firms to steal, since they face tariffs regardless.

Investment restrictions (beyond listings here) can actually improve this situation, if applied narrowly. The Rubio-Shaheen letter calling for controls on investment in China through US government bodies cites support of the People’s Liberation Army, espionage, human rights abuses, and industrial policy.

The next step is to identify companies in these categories that should not receive investment. The group certainly will not be comprehensive at the outset, and doesn’t have to be. High tariffs and investment blocks aimed at dozens of entities will signal such behavior faces harsh sanctions. The other half of getting incentives right is to remove tariffs on firms not involved in harmful activity.

The Trump administration has shown little capacity to sustain good China policy. It made little sense to retaliate against IP theft and coercion with across-the-board tariffs and it makes no sense at all to simultaneously allow investment in the firms we’re trying to punish. But we’ve done this for the last 15 months and will probably do it for the next 15.