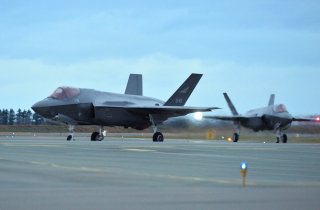 Key point: Indonesia’s decision to back out of two deals with Russia and China—both strategic adversaries of the United States—represent a triumph for the Trump administration

Indonesia recently backed out of two separate arms deals with both China and Russia, bowing to pressure from the Trump administration.

In August of 2017, Indonesia announced a deal with the Russian Federation in which Indonesia would buy eleven advanced Sukhoi Su-35 fighter jets for approximately $1.1 billion worth of goods. The unusual barter-system deal stipulated that Russia would buy items such as palm oil, rubber, furniture, tea and coffee, as well as spices.

Not long ago, the future of the deal, signed by former Indonesian Defense Minister Ryamizard Ryacudu in 2018, appeared unclear, seemingly stuck in a sort of legal limbo.

The Trump administration apparently informed Jakarta that if the purchases went forward, Indonesia would be penalized under the CAATSA, or Countering America’s Adversaries Through Sanctions Act.

The odd deal with Russia could have given the Russian state a small, but badly needed economic boost at a time when oil prices—a mainstay of the Russian oil-exporting economy—have suffered a hit due to a flood of cheap Saudi oil on the world market.

Additionally, Jakarta also backed out of a $200 billion deal with China to buy an unspecified number of naval patrol vessels.

Washington reportedly offered the latest and most advanced variant of the American F-16 fighter family, the F-16 Viper, in lieu of the Su-35s. Jakarta instead is attempting to procure the more advanced—and more expensive—F-35 Joint Strike Fighter.

In private, some Indonesian government officials have outlined why the CAATSA was so effective—it would apply a number of different sanctions on both organizations and individuals who do business with Russian entities connected to either Russian defense or intelligence agencies.

These sections could be as simple as hampering the ability of individuals to travel, through visa restrictions, or as damaging as banning some financial transactions, or penalties against property and assets, which could have been quite damaging, especially in a time of increasing economic uncertainty due to the coronavirus pandemic.

When dealing with its Chinese neighbor, a Russian vendor, and American priorities, Jakarta is balancing several interests against its own.

Indonesia’s decision to back out of two deals with Russia and China—both strategic adversaries of the United States—represent a triumph for the Trump administration, which has struggled recently in preventing both friends and allies from buying Russian and Chinese hardware.

Recently, the United Kingdom rejected an American push to exclude the Chinese telecommunications giant Huawei from any part of its 5G network, which is still in its infancy, opting instead to limit Huawei technology only in non-critical parts of the network.