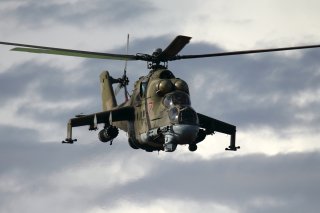 The Department of Defense says it will continue to deliver anti-tank weapons and air defense systems to Ukrainian forces fighting against Russia.

‘We believe the best way to support Ukrainian defense is by providing them the weapons and the systems that they need most to defeat Russian aggression,” Department of Defense spokesman John Kirby said. “In particular, anti-armor, and air defense. We along with other nations continue to send them these weapons and we know that they're being used with great effect. The slowed Russian advance in the north, and a contested airspace over Ukraine is evidence alone of that.”

Thousands of air defense weapons and anti-tank weapons have been promised or delivered to the Ukrainians in recent weeks by the United States and other European countries. Kirby said that man-portable air-defense systems have helped the Ukrainians keep Russian airpower in check.

“Although Russian air capabilities are significant, their effectiveness has been limited due to Ukrainian strategic operational and tactical ground-based air defense systems, surface to air missiles, and MANPADS,” Kirby said.

According to Global Firepower, the most modern air defense weapons operated by the Ukrainian military are Cold War-era systems such as the SA-15 Gauntlet, also called “Tor.” More modern air defense systems can detect and track targets more accurately at longer ranges, making it easier to destroy enemy aircraft.

However, MANPADS and other shoulder-fired air defense weapons may be the optimal weapon for Ukrainians against Russia’s large number of attack helicopters. Small teams of soldiers can launch attacks from hidden and reinforced positions to destroy Russian aircraft. Some videos of MANPADS destroying Russian helicopters have already been published.

Stinger missiles supplied by the United States were also used to great effect against Soviet forces in Afghanistan in the 1980s. Attackers can operate from under the cover of rocks, trees, terrain, or buildings to ambush enemy forces. With fighting shifting into urban areas, weapons carried by small teams of soldiers may have an even greater effect.

Handheld weapons are not likely to reach fighter jets unless they are flying extremely low. Drones, helicopters, and lower-flying aircraft would be extremely vulnerable to these kinds of attacks, though.