American and Chinese Ambassadors to UN Trade Barbs Over Ukraine 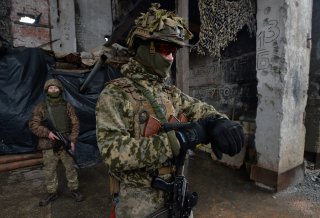 “We would hope that the Chinese would play a role in encouraging the Russians to do the right thing” and de-escalate its presence on the Ukrainian border, Thomas-Greenfield told CNN, noting that Beijing had previously made clear its position of supporting regional stability and opposing attempts to adjust international borders by force.

“This is exactly what the Russians are doing – they are threatening the integrity of a border, so for China to deliver that message would be extraordinarily important,” the ambassador said.

“Our message is consistent and clear: Resolve any differences through diplomacy,” Zhang tweeted. “Stop hyping up the tension. Russia's legitimate security concerns should be seriously addressed. I'm sure my US counterpart has heard my remarks made at the Security Council the other day.”

The buildup of Russian troops along its western border with Ukraine, along with military exercises in nearby Belarus, have led to fears that Russia is preparing an invasion. The U.S. government claimed last week that it had uncovered evidence of a “false flag” plan by the Kremlin involving attacks on Russian troops from within Ukraine, justifying a Russian invasion.

Russia has categorically denied that it intends to invade Ukraine, but it has requested a series of security guarantees from the United States and NATO before withdrawing its troops. The United States and European nations have refused most of these demands.

China and Russia have pursued closer political and economic ties in recent years. Both countries have increasingly defended their governing practices, often characterized as authoritarian and repressive in the West, as alternative forms of democracy unfairly attacked for political reasons by the United States.

The UN Security Council, which includes the United States, Russia, and China as permanent members, is scheduled to meet next week to discuss the ongoing war between the Ukrainian government in Kyiv and the pro-Russian separatists in the country’s eastern Donbass region.

The meeting was called by Russia, which has encouraged the implementation of the “Minsk Accords,” a set of ceasefire proposals negotiated with Ukraine in talks in Belarus in 2015.