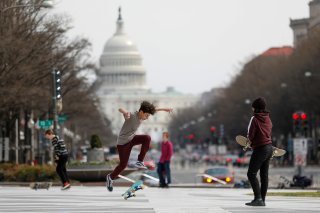 Much to the dismay of more than thirty-five million American parents, it appears that the current month will mark the final installment of the enhanced child tax credit payments.

It was President Joe Biden’s $1.9 trillion American Rescue Plan, passed last March, that enabled the federal government to give eligible parents as much as $3,600 per year for a child under the age of six and up to $3,000 for children between ages six and seventeen. Broken down further, this all means that a $250 or a $300 payment for each child has been direct-deposited each month since July.

But these extra funds that millions of parents have come to rely on each month will be a distant memory if the highly contentious Build Back Better legislation doesn’t get enough support. Biden, though, appears determined to return to the negotiating table with Sen. Joe Manchin (D-WV), the holdout Democrat who effectively sunk his party’s $2 trillion domestic policy bill.

If the measure fails, then the maximum child tax credit would plummet by $1,000 per school-aged child and $1,600 per child under six. Furthermore, millions of the nation’s lowest-income families would become ineligible for the credits once again.

“It allowed our families to be able to live,” she continued.

“I walk into the store and I have to figure out who gets what and who doesn’t get what,” she told the news outlet.

“After half a year of child tax credit payments, it is clear that American parents have used this money to pay for the basic necessities families need: food, housing, and childcare,” Bethany Robertson, the co-director of ParentsTogether, noted in a statement.

Families are still reeling from the pandemic’s impact, even as a new variant is emerging, so it’s crucial that these payments continue into 2022,” she added.

Another analysis released by the Center on Budget and Policy Priorities has warned that nearly ten million children could potentially fall back into poverty without an extension of the enhanced credits.