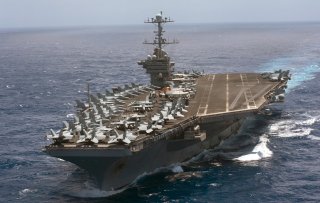 Key point: Missile defense and tough armor have their limits.