America's F-35 Is No Master Dogfighter, But That's Okay 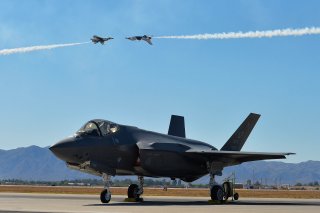