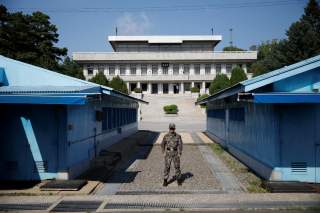 Key point: The Korean DMZ is the world's most heavily armed border.