America's Relationship With Saudi Arabia Will Never Be the Same 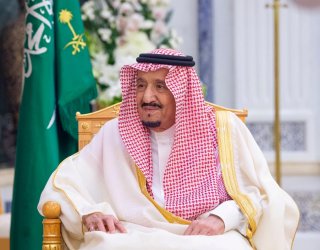 For decades, the Kingdom of Saudi Arabia has been the United States' closest regional ally, and the United States has consistently prioritized relationship maintenance over its core national interest in maintaining that relationship. Consequently, the kingdom has become more emboldened under the umbrella of American support and defense. Despite the consistent loyalty from many successive American administrations, any reciprocated behavior has remained transactional. Recent developments serve as empirical evidence to this point and illustrate why the United States must prioritize its core national interest moving forward.

The Wall Street Journal recently published an article referencing multiple contentious interactions Crown Prince Mohammed bin Salman had with National Security Adviser Jake Sullivan and Secretary of State Antony Blinken. The article characterizes the U.S.-Saudi relationship as reaching its lowest point in decades. Shortly after the article’s publication, a Saudi official speaking from the embassy in Washington, DC, refuted that claim. However, according to another piece in the Wall Street Journal, the Saudi and Emirati crown princes recently declined phone calls from President Joe Biden. Biden wanted to discuss the Organization of Petroleum Exporting Countries (OPEC) increasing oil production to mitigate the Russo-Ukrainian War's impact on the world energy market. The White House says that it has since stopped requesting production increases. Regardless, a few heated conversations and rebuffed détente attempts are not the cruces of the issue.

Divisions between the long-time allies started on the American presidential campaign trail when candidate Joe Biden promised to treat the kingdom as a pariah state for its repeated human rights abuses. Such language stood in stark contrast to the Trump administration's praise for the kingdom and close relationship with the crown prince.

News of Saudi Arabia’s hostility towards U.S. officials comes with the announcement that the kingdom is considering pricing its oil sales to China in yuan. Saudi Arabia began pricing oil exports in U.S. dollars exclusively in 1979, following the United States-Saudi Arabian Joint Commission on Economic Cooperation. The kingdom then used its significant influence in the region to convince other OPEC countries to invoice their oil export in dollars. While the change could significantly impact the American dollar and appears to be a slight to Biden, that isn't necessarily the motive.

China's trade relationship with the kingdom has been steadily increasing while U.S.-Saudi trade declines. China now purchases twenty-five percent of Saudi oil exports. Financially, the switch to yuan is a practical move for the kingdom. However, the switch would still decrease the dollar's liquidity and impact the American economy. Saudi Arabia isn't concerned about these effects. The kingdom is considering putting its interests first. The United States must do the same.

Crude oil pricing isn't the only issue in which Saudi Arabia prioritizes its interests while also creating difficulties for Washington. Saudi Arabia and Iran met in Baghdad late last week for their fifth round of bilateral talks. According to Iraqi foreign minister Fuad Hussein, the two sides agreed to a ten-point memorandum of understanding (MoU). Nour news, an Iranian Supreme National Security Council affiliate, reported to Al Jazeera that the recent talks could pave the way for a ministerial-level meeting.

The two foes' attempts to reconcile their differences are ultimately good for regional peace. However, Saudi Arabia has repeatedly tried to derail the Joint Comprehensive Plan of Action (JCPOA) revival because the kingdom doesn’t want Iran and the United States to reconcile. Saudi Arabia and other Gulf states have often pushed the United States to confront Iran’s support for the Houthis in Yemen and other proxy wars. However, that issue is outside the agreement’s purview, and Saudi Arabia is proving the ability to address this concern during talks with Iran. Yet, the kingdom continues to sabotage American efforts by coercing Washington into prioritizing relationship maintenance over its national interests so that Iran can never gain American favor.

Saudi Arabia has been America's most significant Persian Gulf partner for decades. However, that partnership has degraded into transactionalism.  The kingdom has proven that it will prioritize its interest over its relationship with America. It is time for the United States to do the same.