America's Storied SR-71 Blackbird Earned Its Wings With The CIA 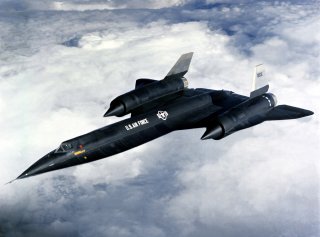 Here's What You Need To Remember: The Air Force also was interested in the A-12’s airframe—and ordered an interceptor variant called the YF-12, as well as an unclassified SR-71 Blackbird two-seat strategic reconnaissance variant with side-looking cameras, enabling gathering of photo-intelligence without having to fly over interdicted airspace. The SR-71 was six feet longer than the A-12 and could carry 20,000 pounds more equipment and fuel.

Arguably few aircraft are quite as iconic as the striking-looking SR-71 Blackbird spy plane, renowned for its ability to cruise at three times the speed of sound so as to outrun enemy surface-to-air missiles.

Meanwhile, the Air Force also was interested in the A-12’s airframe—and ordered an interceptor variant called the YF-12, as well as an unclassified SR-71 Blackbird two-seat strategic reconnaissance variant with side-looking cameras, enabling gathering of photo-intelligence without having to fly over interdicted airspace. The SR-71 was six feet longer than the A-12 and could carry 20,000 pounds more equipment and fuel.