America's Submarines May Be Seeing A Stealth Revolution 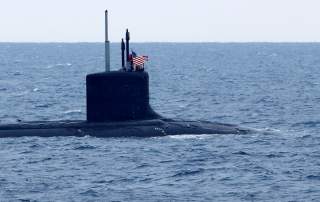