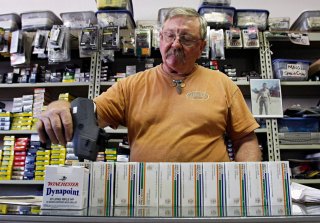 America has been suffering an ammunition shortage for nearly two years now, since the start of the Covid-19 pandemic. The shortage has been attributed to many factors, including a surge in gun ownership in the United States, pandemic supply chain backups, consolidation in the ammunition industry, the 2020 bankruptcy of major supplier Remington, State Department sanctions on Russian ammunition, and other factors.

The shortage has made it much harder for hunters, recreational shooters, and even some law enforcement bodies to have difficulty obtaining ammunition and also pay more money for ammo than they typically had in the past.

Most media coverage, especially in the last year, has been about specific areas that are suffering the effects of the shortages. This week, a report in the Rapid City Journal described people’s difficulty obtaining ammo in the Black Hills of South Dakota.

“People were panicking,” Mike Blote of First Stop Gun, Coin and Pawn told the Rapid City Journal. “They started buying a lot of firearms and a lot of ammo.” That continued with the civil unrest in the summer of 2020, followed by the election and the January 6 insurrection.

In South Dakota, this has affected ammo availability during crucial hunting seasons.

One game warden told the outlet that it led some to cut corners if they wanted to hunt. “There probably wasn’t nearly as much target practice in advance of the deer season, and they tried to make each round count,” Bill Eastman, a retired Butte County game warden, told the Rapid City Journal.

People quoted by the report added that the shortage has been a self-fulfilling prophecy, with the perception of a shortage making the shortage worse.

“We’re hoping that things settle down in this industry by the time 2023 rolls around,” Kristi Hoffman, co-owner of Black Hills Ammunition, told the publication. “But there again, that’s just a hope. We have nothing to go off of.”

Last September, local station KCAU and its website, Sioux Land Proud, reported on the shortage at the time ahead of hunting season. One store owner said that while he typically makes one call and gets a year’s supply of shells most years, he had taken to buying “a case here and two cases there,” while also paying more than usual.