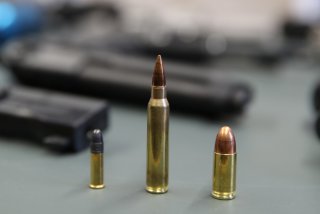 As hunting seasons have gotten underway in several U.S. states, hunters are feeling the pain from the continuing ammunition shortage.

Wood TV reported this week on how this has affected hunters in the state of Michigan.

“Some of its hard to get, some of it we can get and some of it we just cannot get,” Dakota Nostrant of Hilltop Sports told Wood TV. “It’s horrible for them because they want to get out and hunt and fill their freezers full of food, but they really can’t because they’re limited on ammo.”

The firearm deer season in Michigan runs only from November 15 to November 30.

Another report in Michigan, from NBC 25 News, said that the shortage has gotten so bad that local police in Bay City, as well as in other locations, have had to buy ammo from a local gun store.

"The police department is normally able to get ammo through their normal distributor sources for guns and ammo, ever since the pandemic, it's been very hard for them to get ammo and guns so we've been lucky enough to get what they need," Duncan's Outdoor Shop store owner Glenn Duncan told NBC 25 News.

"Some of the companies are not getting enough metal to make ammunition, some people aren't able to get enough powder, a lot of the powder comes from overseas, so making a bullet and complete round is hard for some departments,” Duncan told the station about the causes of the shortage.

The ammunition shortage has been an issue since the early part of 2020 and has been attributed to everything from pandemic-era manufacturing bottlenecks to over-consolidation in the ammunition industry to a major surge in demand that suppliers have been unable to meet despite increased capacity. Others have blamed sanctions placed by the State Department on Russian ammunition, as Russia was the leading exporter of ammunition to the United States in 2020.

Over the course of the pandemic, millions of people have become first-time gun owners, some having taken up shooting sports, and others responding to social unrest.

Another, rather unusual incident happened earlier this month that exacerbated the ammo shortage in another midwestern state, Wisconsin. A semitrailer carrying ammunition to a Fleet Farm location in Wisconsin caught fire, leading to firefighters fighting twenty-foot flames, according to Stevens Point Journal.

“It’s not like a projectile fired out of a gun, it’s more like shrapnel,” Amherst Fire District Chief Victor Voss told the newspaper “The casing explodes, and pieces fly in different directions.”

While no one was hurt, the trailer and the ammunition it was carrying was a “total loss,” the newspaper said.