Apple, Exempted from Tariffs, to Make Newest Computer in Texas 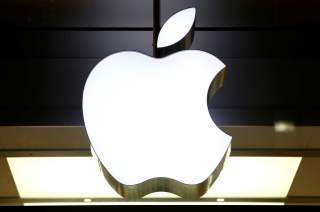 Apple will begin producing the new wave of Mac desktop computers in Texas after the Trump administration exempted the tech company from being subject to brutal tariffs.

Most of Apple’s products are assembled in China and are facing tariff threats. The company received exceptions on Sept. 20 that enable it to import parts without paying import tariffs. The new Mac Pro models include two times more American-made components than previous models, Apple noted in a Monday statement.

“The Mac Pro is Apple’s most powerful computer ever and we’re proud to be building it in Austin,” Apple CEO Tim Cook said in a press statement. “We thank the administration for their support enabling this opportunity.”

He added: “We believe deeply in the power of American innovation. That’s why every Apple product is designed and engineered in the US, and made up of parts from 36 states, supporting 450,000 jobs with US suppliers, and we’re going to continue growing here.”

Trump signaled in a July tweet that he intended to reject Apple’s applications for the exclusion unless the company commits to making parts in the U.S. Trump tweeted on July 26: “Apple will not be given Tariff waiver, or relief, for Mac Pro parts that are made in China. Make them in the USA, no Tariffs!”

“A man I have a lot of liking for and respect is Tim Cook, and we’ll work it out, I think they’re going to announce that they’re going to build a plant in Texas, and if they do that I’m starting to get very happy, okay,” Trump said a day later while addressing the press in the Oval Office.

Trump has continued to evolve on Apple.

The president suggested in August that Cook made a “very compelling argument” against tariffs on the company, adding that he would take it into consideration. The Trump administration delayed tariffs on China for tech goods and footwear, among other items, for three months.

The 10% tariffs, which were due to go into effect on Sept. 1, would have affected Apple products like iPhones and iPads. Apple shares jumped nearly 5% after Trump announced the delay on tariffs, while other retail stores experienced similar gains.