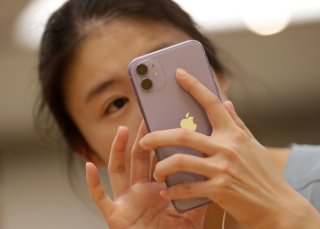 Apple on Tuesday rolled out incremental new updates to the software for its devices, including iOS 13.4 for the iPhone. The update arrived at the same time as updated versions of Apple's software for the Mac, iPad, Apple Watch and Apple TV.

The update isn't a major one, but rather focuses on bug fixes, as well as the ability to perform iCloud Drive folder sharing from the Files app. The new software also offers nine previously unavailable Memoji stickers, including Smiling Face with Hearts, Hands Pressed Together, and Party Face.

What are those bug fixes? Among others, Apple has fixed some issues with Mail, including one that made messages appear out of order, and another in which conversation lists may display empty rows. Another bug, now fixed, was to the Camera app, which was appearing as a black screen upon launch.

Apple has also made additional changes to the Mail app, including the addition of "always-visible controls to delete, move, reply to, or compose a message in conversation view."

Changes to the Files app also include the addition of controls to, Apple says on its support page, "limit access only to people you explicitly invite or grant access to anyone with the folder link." Users can also now use permissions to choose who is allowed to change, upload, view and download files.

On your iPhone, you can download iOS 13.4 by opening the Settings app, clicking on "Software Update," and then clicking on "Download and Install."

Apple is expected to unveil iOS 14, along with newer editions of some or all of its other software, at its Worldwide Developers Conference in June, which will take place in an all-online format this year due to coronavirus. Apple, in announcing the format earlier this month, called it "an opportunity for millions of creative and innovative developers to get early access to the future of iOS, iPadOS, macOS, watchOS and tvOS, and engage with Apple engineers as they work to build app experiences that enrich the lives of Apple customers around the globe."