AR-15: These Are the Most Powerful on the Planet 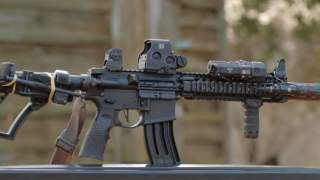