Arctic Aggression: Russia Is Better Prepared for a North Pole Conflict Than America Is 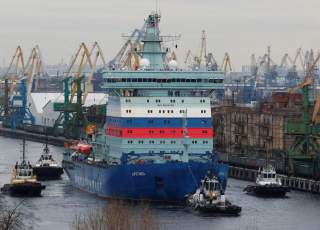 Key point: As the Earth warms, new trade routes and valuable resources are being revealed in the Arctic. The problem is that Moscow is building up its forces in the area quicker than Washington or its allies.

(You May Also Like: The Russian Air Force's Super Weapon)

The premier Russian nuclear attack vessel remains the Akula, a monster of a boat that can carry a vast arsenal of weapons. Although built in the 1980s, the Akula can operate effectively in anti-submarine roles (either under the ice or under open seas), and in anti-shipping roles (where a reduction in surface ice can make cruise missiles somewhat more effective). The Akula isn’t quite as quiet as its Western counterparts, but it makes up for that deficiency in size and weapons load. The Russian Northern Fleet, normally tasked with arctic ops, currently maintains six Akulas, which regularly operate under the icepack.

This first appeared in December 2014.