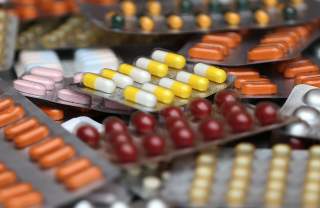 Pharmaceutical companies rely on direct-to-consumer advertisements to reach potential customers and extol the benefits of their medications. This type of “commercial speech” enjoys protection under the First Amendment, though not to the same degree as other forms of expression. Merck v. HHS tests the limits of the federal government’s ability to control and compel commercial speech.

Several drug manufacturers and a professional organization of advertisers, whose businesses are affected by a Department of Health and Human Services rule requiring direct-to-consumer television ads to include a disclosure of the wholesale price of the advertised drugs, sued to block the rule. This rule was promulgated through the Centers for Medicare and Medicaid Services and justified under the power given HHS by the Social Security Act to issue rules “necessary to the efficient administration” of those programs—on the theory that the disclosures would result in lower prices for Medicare and Medicaid recipients. This regulation requires the wholesale acquisition cost of a 30-day supply of any advertised drug to be featured on any TV ad.

Part of the freedom of speech, however, is the right not to speak against one’s will. In particular the notion of being forced to read from a state-drafted script against one’s beliefs or interests is anathema to the founding conception of discourse in a free society. In the field of commercial speech, there is only a narrow allowance for compelled speech to ensure that consumers are not misinformed or mislead in their purchasing decisions—in other words, to prevent the fraud that isn’t protected by the First Amendment. The price-disclosure regulation threatens to widen this exception so far as to allow the government to use compelled speech as a substitute for regulation, in this case regulating drug prices themselves.

The district court held that mandating disclosure of wholesale drug prices exceeds the agency’s rulemaking authority under the Social Security Act. Now on appeal, the government is again attempting to defend its regulation as not violating the First Amendment.

Cato has filed an amicus brief supporting the challengers in the U.S. Court of Appeals for the D.C. Circuit. We argue that accepting the government’s First Amendment arguments would stretch the jurisprudence allowing greater regulation of commercial speech farther than ever before and encourage compelled speech as a convenient alternative to normal regulation. If HHS prevails, agencies may decide it’s better to force private parties to act as government mouthpieces, instead of expending their own resources and political capital to further regulatory aims.

This article by Ilya Shapiro and Dennis Garcia first appeared at the Cato Institute.