Are the Supply Chain Shortages Easing? 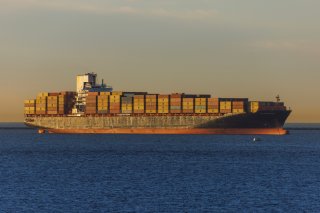 The U.S. economy has been grappling with supply chain issues throughout 2021. These issues are related to everything from ammunition to microchips to food items. These issues have contributed to a rise in inflation while reducing the president’s popularity.

But now there are signs the problem is getting better.

The Wall Street Journal is reporting that the shortages in the supply chain are showing “signs of easing.” That’s because the factory closures and shortages in Asia are beginning to ease, according to the newspaper.

“Executives and economists say strong consumer demand for goods in the West, ongoing port congestion in the U.S., shortages of truck drivers and elevated global freight rates continue to hang over any recovery,” according to the Wall Street Journal. “The risk of more extreme weather and flare-ups of Covid-19 cases can also threaten to clog up supply chains again.”

The newspaper discovered that although the number of ships waiting to unload at the ports of Los Angeles and Long Beach is less than at peak levels, it remains much higher than normal. That backlog isn’t expected to clear until early next year.

“There were 71 container ships anchored offshore on Nov. 19, down from a peak of 86 three days before, according to the Marine Exchange of Southern California, and 17 more were expected to arrive within three days,” according to the Wall Street Journal. “Before the pandemic, it was unusual for any ships to anchor offshore.”

In mid-October, President Joe Biden laid out a plan for how to alleviate the supply chain crunch, specifically by unclogging the ports. This included the port of Los Angeles going to twenty-four-hour service, as the port in Long Beach had done earlier this fall.

“Today, we have some good news: They’re going to help speed up the delivery of goods all across America,” Biden said on October 15. “After weeks of negotiation and working with my team and with the major union and retailers and freight movers, the Ports of Los Angeles—the Port of Los Angeles announced today that it’s going to be—begin operating twenty-four hours a day, seven days a week.”

“Traditionally, our ports have only been open during the week—Monday through Friday—and they’re generally closed down at nights and on weekends,” the president added. “By staying open seven days a week, through the night and on the weekends, the Port of Los Angeles will open—over 60 extra hours a week it will be open. In total, that will almost double the number of hours that the port is open for business from earlier this year.”