Are Torpedoes Still the Biggest Threat to U.S. Aircraft Carriers? 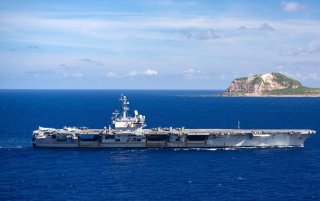 Here's What You Need to Remember: Theoretically, the best platform for hunting down a submarine is another submarine. Indeed, carrier task forces often are accompanied by a submarine which quietly prowls the nearby seas for hostile counterparts.